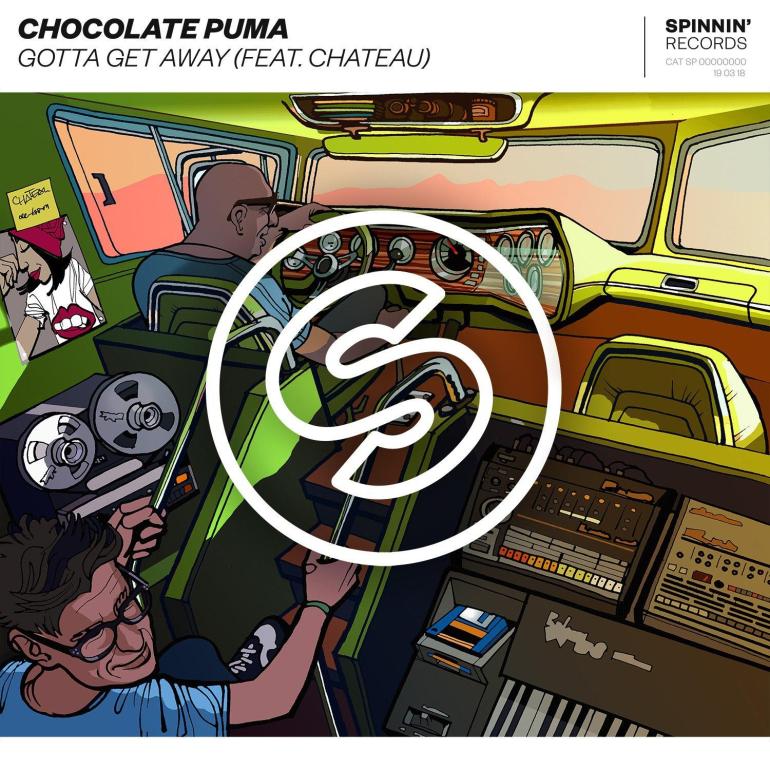 [vc_row][vc_column][vc_column_text]With a career spanning more than 25 years, it’s easy to say that the legendary Dutch duo, Chocolate Puma, are an act that we all can say we love like family — and with every new release, our attachment to the aforementioned duo becomes even greater. Well, brace yourselves, fans and house music enthusiasts alike, because Puma’s next single has surfaced the internet.

Chocolate Puma’s next single in collaboration with Chateau called, “Gotta Get Away” has been announced by Spinnin’ Records.

Recently, Spinnin’ Records website published the preview page of Chocolate Puma’s new release. Although the preview is only 12 seconds long, it’s enough time to hear just a good peak at what the famous duo are up to in the studio. And as expected, the track even in its mere 12-second form is absolutely lovely. In the preview — seemingly ripped from a live performance — we can hear the track’s excellent blend of disco and house elements play along as the crowd goes wild in the background.

According to our friends from Speedy EDM Blog, “Gotta Get Away” will be released for all platforms on March 19th via Spinnin’ Records. As for now though, you can listen to the preview below.[/vc_column_text][vc_column_text]