Chris Avantgarde is back ‘True Love’ on his own imprint VNTGRD 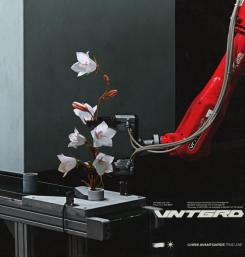 After an absence of about a year, London based DJ-producer and label owner Chris Avantgarde is back with another impressive single called ‘True Love’ on his own imprint VNTGRD.

‘True Love’ is pure electronic music without frills; a soft bubbling bassline filled with magical sounds is how the record kicks off. The energy starts increasing until the first main part of the song which we can consider as a drop. Downtempo beats, wide kicks, and an angelic voice fill the environment. The breakdown starts with a sort of distorted 8-bit gaming inspired sound that is rapidly enriched by huge synths and bassline which flow into the last part of the song. A fusion of euphoric sounds perfectly mixed with eternal vibes makes ‘True Love’ a gem of contemporary electronic music.

Released only last Friday, ‘True Love’ was in the pipeline for a long time. It was played back in the days on VNTGRD Sessions and it received big compliments from Deadmau5 himself who described it as “a great piece of music. I really like it”.

After some months of stop, Chris Avantgarde drops his new single ‘True Love’ on his own imprint VNTGRD.

Talking about Chris Avantgarde, he’s s true musician and music lovers with enormous skills and ideas. In the last year, he has experimented with a lot of styles and music releasing hip-hop, soundtrack and cinematic music, electronic stuff and more. Everything can easily be found on his Soundcloud page as his latest big release, which came out almost two years ago; you may remember ‘All Of The Lights’, single came out on his own imprint VNTGRD which received also a Chris Avantgarde’s Warehouse Mix. He landed also on Steve Angello’s SIZE imprint with ‘Freedom’, a magical journey that we suggest to listen to it at least ones if you have ever heard about it.

As told at the beginning, Chris Avantgarde also owns a music label called VNTGRD (or AVANT / GARDE) founded back in May 2015 which, as the name suggests, it was already ahead of what the music market was. Most of that release sound super fresh also today. The 5th of October of 2 years ago, VNTGRD released its first EP by Rebel Army.

A thing we want to underline about Chris Avantgarde ‘True Love’ is the wonderful cover art for the track. We, at The Groove Cartel, pay particular interest also in the visual side of the music (read our article about Axwell and Ingrosso visuals content and Axtone’s new cover) and with ‘True Love’ we feel like giving a 10/10 for the cover art.

We really hope that, in a near future, a vinyl edition of the record would be available for the purchase but, at the moment, you can enjoy this piece of art below.[/vc_column_text][TS_VCSC_Soundcloud url=”https://soundcloud.com/chrisavantgarde/true-love” color=”#1e73be”][vc_video link=”https://www.youtube.com/watch?v=kYXzjlrjGAs” align=”center”][/vc_column][/vc_row]