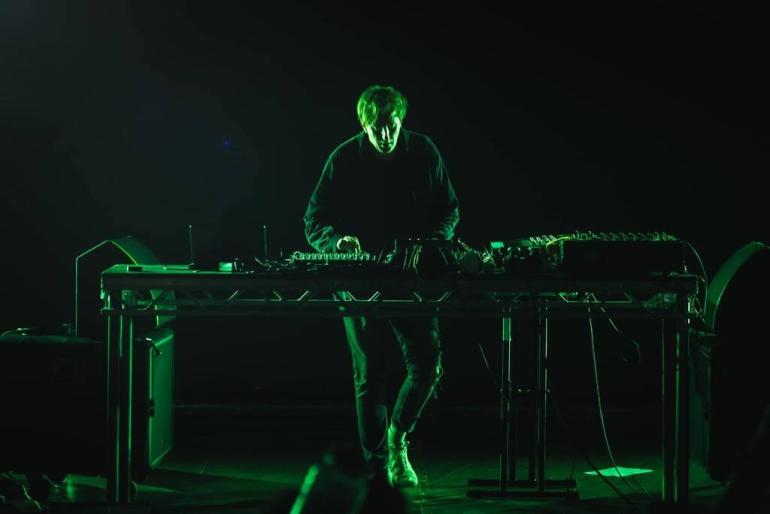 Like the environment itself, the new track by Christian Löffler and Fejká conjures openness and space with atmospheric field recordings and beats that roll out indefinitely. Fjäll is the Old Norse word for a fell, a high and barren geographical feature common throughout Northern Europe. Listeners are instantly transported to a peaceful realm of seclusion by the gentle synth washes and hushed voices. When Christian Löffler and Fejká collaborate on Fjäll, it is impossible to tell where one of their contributions ends and the other begins, resulting in a completely natural and intensely emotional experience.

Fejká and Christian Löffler, both German artists, share many characteristics. Not only do they both produce emotionally charged electronic music that infuses a sense of longing and nostalgia into normally hard electronica, but they are also highly influenced by the abounding natural beauty of their respective environments—the Black Forest and the Baltic Sea coast. Because of their similar musical tastes, Christian Löffler requested Fejká to become a member of the Ki Records family. Since then they have shared the stage on numerous occasions, playing tours and headlining festivals. The song Fjäll, which they collaborated on, is the most recent evidence of their kinship and the compatibility of their soundscapes.

The creators’ frequent communication and custom of providing constructive criticism for one another’s work gave rise to Fjäll. Fejká added fun build-ups and drops to Löffler’s atmospheric textures after getting an initial demo of the song from the producer.

I had the feeling that the new tracks I added gave the song something rhythmic and hypnotic and that our two palettes flowed perfectly together. When I sent Christian my changed version without any expectations, he immediately wrote back to me that he was celebrating the new part and thus an unplanned collaboration was born. – Fejká


The word “fell” in Old Norse refers to a tall, desolate terrain feature that is most frequently encountered in Scandinavia and Northern European nations like Iceland and Scotland. The track’s evocative field sounds and beats that never finish conjure up the expanse and space of the terrain itself. Listeners are instantly transported to a peaceful realm of seclusion by the gentle synth washes and hushed voices. On Fjäll, Fejká and Löffler’s synergy is so strong that it’s difficult to tell where one of their contributions ends and the other one begins, resulting in a completely natural and intensely emotional experience.

Tomorrowland 2023 theme and how to buy tickets

About the artists: Christian Löffler and Fejká

German electronica and visual artist, producer, and live act Christian Löffler has secured a unique position for himself in the electronic music scene by conjuring the forces of nature in his melodic strain of techno and immersive live performances. It would be difficult to locate a nation in which Löffler hasn’t performed because he has adorned the stages of packed concert halls and served as the festival’s headlining act everywhere, presenting to spectators all the serenity and radiance of his audio-visual productions. In his home studio in the picturesque Graal in northern Germany, Löffler alternates between writing, painting, and music. When he isn’t pursuing his own artistic goals, he supports other musicians through Ki Records, the label he co-founded in 2009. His 5 studio albums and numerous EPs and projects in between, have earned Löffler widespread respect and acclaim, as well as inspiring countless emerging producers into his enigmatic strain and emotive strain of techno.

Fejká, a native of Germany’s Black Forest, has been creating music since he was 17 years old, split between powerful techno beats and gentle, dreamlike atmospheres. The producer’s own distinctive sound, which lies between melancholy and exhilaration and results in a unique portrayal of feelings rarely heard on the dance floor, was produced from these lone wanderer travels into these various worlds. His debut studio album, “Reunion,” solidified his place in the electronic music community, and his follow-up, “Hiraeth,” which is due out in 2022, is already highly anticipated. He already released on Ki Records his own single Pulsing and also remixed Rohne Ceres.