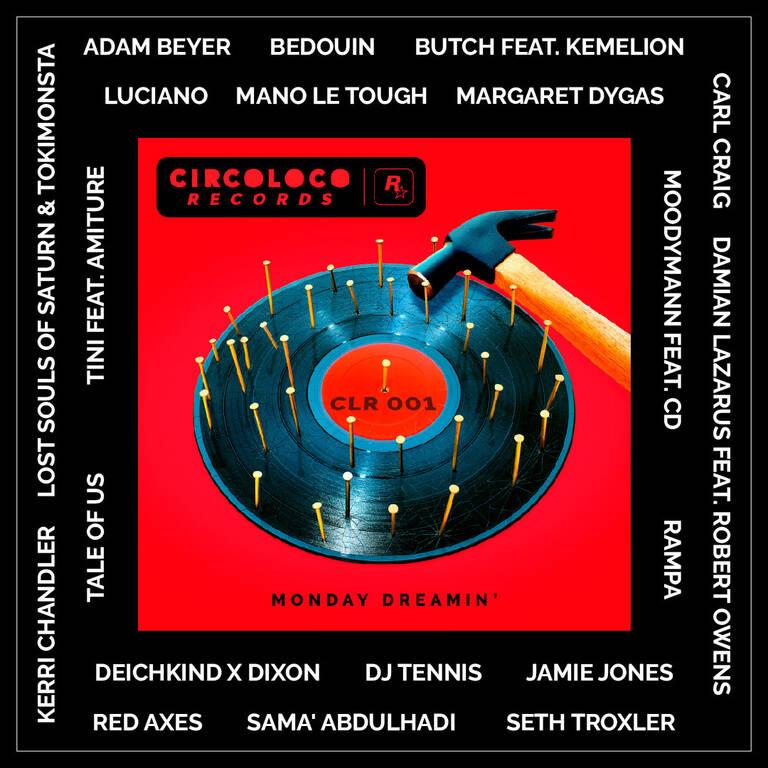 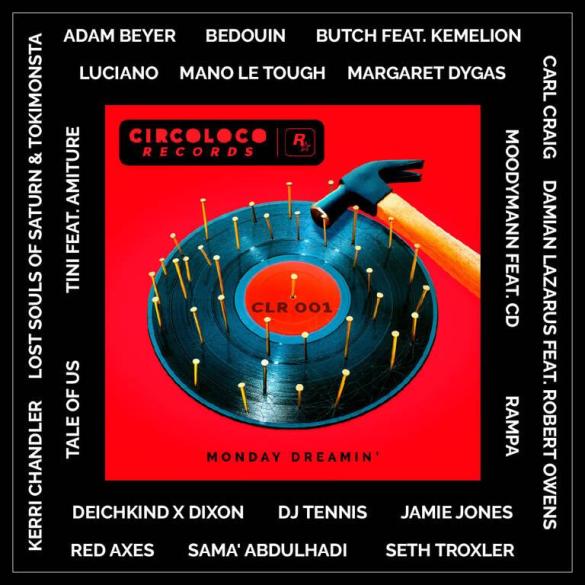 CircoLoco, one of the most influential brands in global, real-world club culture, and Rockstar Games, creators of some of the world’s most popular and critically acclaimed video games (such as the Grand Theft Auto series), have joined forces to launch CircoLoco Records, a new music label that blends the physical and digital worlds of entertainment.

CircoLoco Records will debut with a series of EPs featuring tracks from the label’s upcoming first compilation album, Monday Dreamin’, featuring contributions from innovators and icons from every era of CircoLoco’s greatest parties, such as new releases from Carl Craig, Luciano, Seth Troxler, Moodymann, and Rampa, as well as up-and-coming artists who point to the future of dance music.

Listen and download “Lumartes” by Seth Troxler via this link.

Circoloco Records to release a series of EPs weekly

On June 4th, the first EP, Monday Dreamin‘ Blue EP, will drop, featuring new tracks from Sama’ Abdulhadi, Kerri Chandler, Rampa, and Seth Troxler, as well as a Dixon remix of Deichkind‘s “Autonom.” The track “Lumartes” by Seth Troxler is now available to stream and download. In the weeks leading up to the full compilation’s release on July 9th, more EPs will be released weekly.

CircoLoco’s dancefloor has become a primary intersection between underground dance music and elements of fashion, art, and wider culture for over 20 years through its parties at Ibiza’s DC10 and around the world. Many DJs’ careers were boosted by the club’s commitment to music-focused, no-frills club nights with mixed lineups and an eye to the future, including Tania Vulcano, Ricardo Villalobos, Jamie Jones, and others. CircoLoco’s commitment to championing forward-thinking dance music artists extends beyond the club with the launch of CircoLoco Records.


CircoLoco has always been about the passion for finding the best music, supporting artists and bringing them to the people in the purest way possible. CircoLoco Records is a natural next step for us, giving us a chance to bring the music we love to people everywhere. – CircoLoco Founder Antonio Carbonaro

The Grand Theft Auto series, which pioneered the use of meticulously curated radio stations hosted by personalities ranging from Frank Ocean to the late Karl Lagerfeld, has a reputation for championing underground artists and scenes across its array of blockbuster games.

Players could step into a fully-realized nightclub setting and experience DJs and CircoLoco alums such as The Blessed Madonna, Dixon, Solomun, and Tale Of Us with Rockstar’s introduction of digital nightclubs to the world of Grand Theft Auto Online with the After Hours update, providing millions with an additional platform for social connection and music discovery. The Cayo Perico Heist, which was released this past December, expanded on the concepts introduced with After Hours, allowing a global audience to safely dance together and experience DJ sets from Palms Trax and another CircoLoco collaborator and Detroit legend Moodymann, as well as an exclusive set from Keinemusik performed at a tropical shack.

Music is fundamental to Rockstar Games – it’s part of everything we do. Partnering with our friends at CircoLoco is part of our ongoing efforts to find new ways to bring the very best underground music to the widest audience possible. – Rockstar Games Founder, Sam Houser

CircoLoco Records will break new ground in an effort to support and elevate dance music culture during one of the most difficult periods in club history, and it represents an opportunity to elevate the scene by combining the two entertainment brands’ combined power.