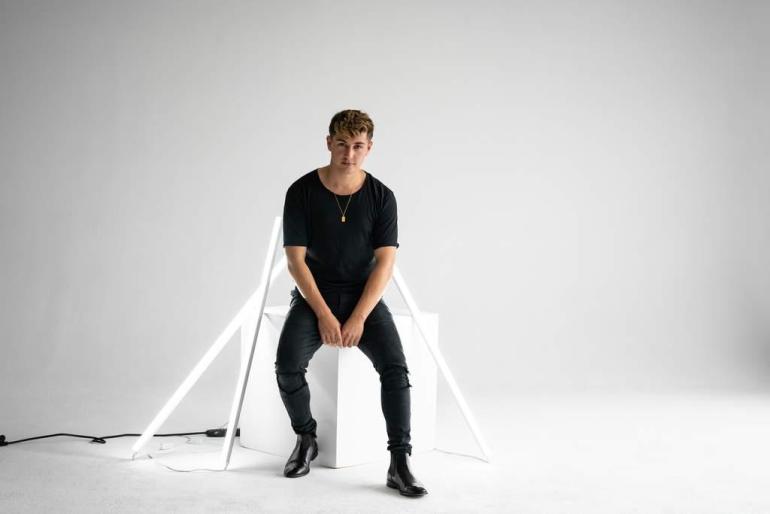 Codeko, a master of electronic music, teams up with renowned singer-songwriter Nevve on “Remedy,” a rock-influenced collaboration that will be released through Lost In Dreams Records.

Dance music can be made to feel as expansive as the universe thanks to the work of London-based artist Codeko. Some may attribute it to his classical music training, while others may point to his inquisitive personality as a Masters of Physics graduate. He has been able to separate a wide range of genres, including progressive house, future bass, melodic dubstep, trance, and every variation in between, thanks to his special set of abilities. For his debut appearance on Lost In Dreams, he’s teaming up with vocal powerhouse Nevve, who has also been a breath of fresh air across the entire dance music landscape.

A combination that defies comparison, “Remedy” finds the two extraordinary musicians working together to produce a potent dose of rocktronic medicine. Nevve sings from the perspective of a broken soul attempting to escape an endless cycle of suffering. Her vocal delivery makes the pain feel like a hard pill to swallow, but Codeko’s soothing production gradually eases her cries for assistance. Melancholic piano keys, delicate drums, prominent power chords, swirling guitar licks, and soaring melodic bass synths each play their part in turning the affliction into a thing of the past.

Nevve and I had been planning on writing a track together for a while. ‘Remedy’ has been one of my favorite tracks to play out over the last few months and I’m very glad it’s my inaugural release on Lost In Dreams. – Codeko


Codeko’s label debut couldn’t have come at a better time, coming hot off an incredible performance at the second annual Lost In Dreams festival in the heart of Downtown Las Vegas. He arrived in the midst of an incredible run of performances serving as direct support for both Gryffin’s “Alive” and Audien’s “Progressive House Never Dies” tour dates throughout the year, and his set was one for the books. Following last year’s massive “Superhuman” collaboration with dance juggernauts Tritonal, which is currently approaching 3 million streams, he’s been equally busy on the release front, dropping a string of singles and his own three-track “Trust Fall” EP.

Bonnie x Clyde and FOMO team up for ‘Need Ya’

Nevve seems present everywhere at once while being a mysterious name in the electronic music world. Numerous tastemakers have sought out the L.A.-based songwriting and vocal project after hearing about their work with artists like Flux Pavilion, Seven Lions, Boombox Cartel, Subtronics, Big Gigantic, Blanke, and many others. Since the label’s inception, Nevve has already appeared twice on Lost In Dreams albums, first appearing on “Whole Life” with Kaivon and then making a comeback on “Glow In The Dark” with Friendzone last year.

The new single “Remedy” by Codeko and Nevve is out now via Lost In Dreams on all platforms.