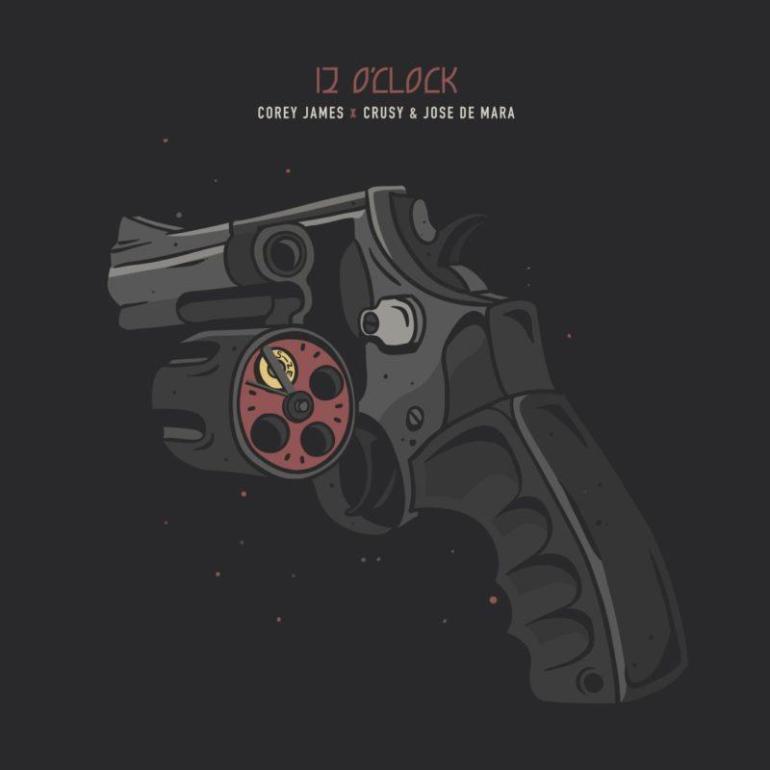 [vc_row][vc_column][vc_column_text]Established as one of the most active and in-demand producers in the circuit, Corey James is back on Steve Angello’s SIZE Records with two friends, Crusy and Jose De Mara, delivering another smashing tune called ‘12 O’Clock.’

Following his recent releases such ‘Eros’ with Years, ‘Arlanda’ with David Pietras, and ‘Funky Music’ with Teamworx, ‘12 O’Clock’ is a groove packed anthem featuring a deep vocal and a heavy and rumbling bassline that injects massive energy into the record. The break features an incredible hard rock part with hard melodies and ponderous percussions. All the energy gained on the break is released in a devastating second drop which will shake the dancefloor from the ground. The heavy vibes of the drop clearly take example from the well-known and massive “How Do You Feel Right Now” by Axwell and Ingrosso but we’re not disappointed about that because we can clearly hear the amazing touch by the three producers.

Corey James teams up with Crusy and Jose De Mara for another banging record on SIZE Records, ‘12 O’Clock’

Dropped by the Boss himself in his live shows, the record has recently gained support by Dannic, Sunnery James and Ryan Marciano, David Guetta and many more. We’re sure that ‘12 O’Clock’ will have a special place during the upcoming Miami Music Week!