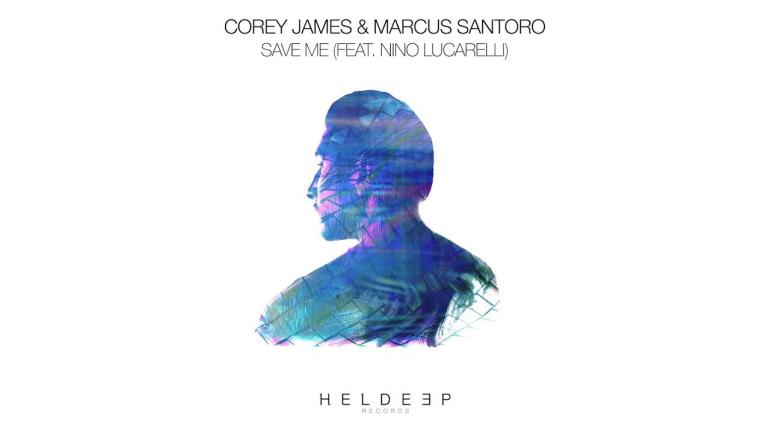 Corey James and Marcus Santoro ‘Save Me’ on Heldeep

Deep and underground vibes are packed with a rolling beat delivering a charming intimate club experience.

Corey James and Marcus Santoro team up for Save Me, an incredible underground tune ft. Nino Lucarelli on Oliver Heldens’ Heldeep Records.

After an incredible party and pop-up store during the Amsterdam Dance Event, Heldeep is back with Corey James and Marcus Santoro. Save Me marks the debut of both on Oliver Heldens’ label with a very fresh and original single. Deep and underground vibes are packed with a rolling beat delivering a charming intimate club experience. The soft and melodic Nino Lucarelli vocal drives the mystical vibes of the track through a limbo between euphoric melodies and dark and techno-oriented percussions. The track is a pure gem and shows, once again, the intention of Heldeep to push into the underground direction.

Before welcoming Corey James and Marcus Santoro, Oliver Heldens’ imprint dropped a new single by the boss, HI-LO, called Poseidon; again, he chose to go deep, dark and underground, moving from the future-deep house of the beginning.

Save Me is a relatively new sound by both Corey James and Marcus Santoro as well. Everyone already knows the infinite talent by both artist and their dynamicity when it comes to electronic music but, Save Me is actually the first time they showcased their “techno side”.


The track has already received great support and appreciation from both fans and DJs. It’s currently available for download and stream. You can check below for the full version. Download your copy here.

10 Reasons Why You Should Travel to Music Festivals in 2022