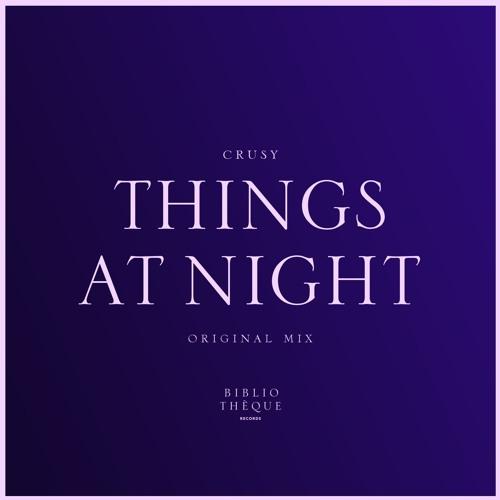 The Spain producer and DJ Crusy is back on Sebjak’s respected label Bibliothèque Records with his second release ‘Things At Night‘. This release also comes with a remix from Dassent Matter.

Crusy is back on Bibliothèque Records with “Things At Night”

Crusy has released his debuted track ‘Sa Forada’ on Bibliothèque during this spring and recently he came up with a big collaboration with his fellow countryman Jose De Mara ‘Believe‘ on Third Paty’s label. ‘Things At Night’ will be out 02.10.17!

Listen to the preview here: