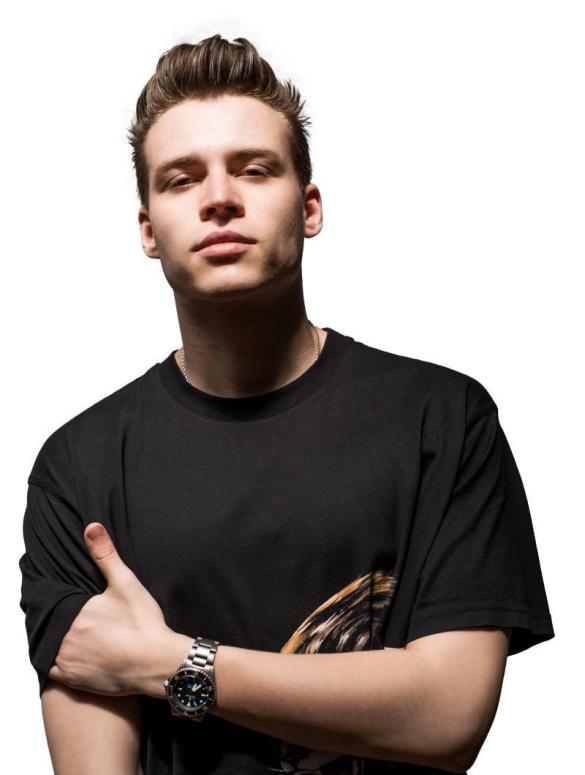 The first single of his ‘The Pattern EP’ on Tomorrowland Music

Curbi, the UK house prodigy, has released a captivating melodic house gem called ‘Safe & Sound‘ (stream and download) to keep his hot streak going. The new track has a sweet minimal groove, gritty electronic effects, and a catchy drop, combining two of the Brit’s signatures: standout synth work and his expressive style, blending his inventive productions with sultry vocals – resulting in an angelic club-ready weapon of epic proportions tailor-made for the dancefloor. Being a true house enthusiast and having played the world’s biggest stages including Tomorrowland, Curbi is continuing to prove himself as a leading name in electronic music’s next generation.

Curbi, a 22-year-old DJ and producer who rose to fame at the tender age of 16 after bursting onto the scene in 2015, is more determined than ever to evolve and create his own unique sound. With the melodic and intoxicating ‘Safe & Sound’ – selected as the campaign song of Tomorrowland Winter – the young producer is releasing the first single of his ‘The Pattern EP’, a high-energy club record featuring anthemic energy that shows off the house maestro’s abilities and how his sound has progressed. The UK dance music sensation is ready to take a new step forward in his musical journey with the release of his EP on October 22nd via Tomorrowland Music, which will once again crown him as one of the greatest British talents today.

When the pandemic started, I delved more into a melodic sound and tried to do something with that. Over the course of last year, I really managed to nail my deepest and more melodic sounds and put them together in a way that I really felt comfortable with. This is when I came up with ‘Safe & Sound’. I’ve just been working on a lot of different and versatile stuff, playing with my vocals as well, trying to come up with cool vocal melodies and different atmospheres and themes. That’s kind of how it came about. – Curbi

He’s a prodigy who has the entire world talking about him. 22-year-old DJ/producer Curbi’s passion to evolve his own unique sound is stronger than ever, while he continues to prove himself as a leading name in electronic music’s next generation.

Curbi took a new musical direction in 2019 and released his biggest radio single to date. ‘Spiritual’ was added to many major radio stations’ playlists and was featured in the official EDC Vegas 2020 trailer by Insomniac. On Oliver Heldens’ North American tour, he joined him for a few shows. On Heldeep Records, Curbi released ‘ADHD‘ and ‘Too Much,’ which became the label’s two most-streamed releases of 2019. During Miami Music Week, Curbi joined Steve Aoki at his Story show, after releasing three songs on his label Dim Mak; ‘Whip It’, ‘Flip It’ and ‘Don’t Stop’.


Curbi hasn’t slowed down since releasing over a dozen singles with AC Slater, Cesqeaux, Mike Williams, and RayRay last year. Curbi began a unique collaboration with Supercell for their hugely successful mobile game ‘Brawl Stars.’ And 2021 appears to be even more promising! Curbi collaborated with Tchami on his first release of 2021, ‘Make Amends.’ And Curbi already teased an upcoming collaboration with none other than Zedd! Curbi is the name to watch in the near future as he prepares to return to global touring after all that he has planned this year.