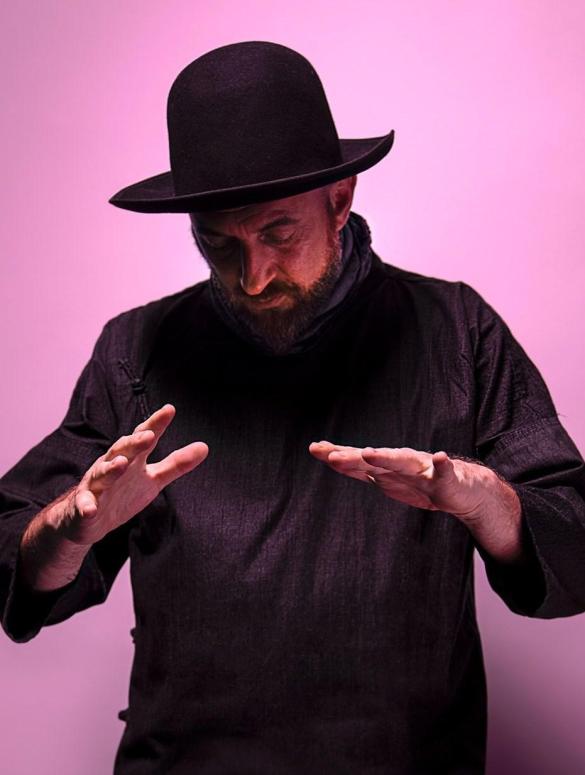 Day Zero by Damian Lazarus continues to be a crucial marker of time for the electronic music scene, a sign of fresh starts and a celebration that unites the material and spiritual worlds. Last week, Damian and his dedicated team announced the return of Day Zero Masada: Dweller of the Dead Sea, touching down at the historic mountain of Masada and lowest part of the world on September 16, 2022.

Today, Day Zero released its 2022 lineup, which features a renowned group of DJs and producers from all over the world. Anfisa Letyago, an international techno star whose profile has soared from Italy to America and beyond, is the center of attention. Sasha will perform back-to-back shows with Grammy-nominated, New York City legend Danny Tenaglia for the first time ever. Tenaglia is renowned for his ability to deliver outstanding performances that perfectly capture the moment.

DJ Tennis, the creator of Life and Death punk-dance and a frequent collaborator and performer at Damian’s Day Zero events, will similarly team up for a B2B with the rising Carlita, who is well-known for her constantly evolving musical collection of various world sounds and cultures.

Chloe Caillet, who is best known for her colorful fusion of disco, house, afrobeat, and funk, is a welcome addition in 2022. She will be joined by Goldcap and the reuniting of Kenny Glasgow and No. 19 Music boss Jonny White as Art Department, who last collaborated in 2015 at Damian’s sold-out Get Lost Miami party.

Adam Ten, the founder of the Tel Aviv-based techno group Dov Gummy, will join Mita Gami, a prominent figure in the Burning Man community, to add to the list of collaborative sets. Those fortunate enough to attend in person can further expect live sets from the likes of Be Svendsen, ‘concert techno’ maestro Jan Blomqvist, and The Hallways, a middle eastern trio who harness a vibrant amalgamation of dark synths, rare drum machines and organs to create ‘Experimental Arabic Drone Music.’

Damian Lazarus, the man behind Day Zero, will serve as the event’s anchor and reprise his iconic role as its shepherd with his now-famous sunrise sermon. Attendees and the electronic community will undoubtedly remember Damian’s dramatic closer for years to come. Those who attended the debut edition of the event will remember when Damian played a reworked version of Bill Withers, “Lovely Day,” as the sun came up amongst 15,000 party people and the desert went into a mass of joyful madness


Day Zero, which was first held in the Tulum jungles in 2012, has evolved from a small gathering to become one of the most renowned festivals in the world. The event offers a ground-breaking music selection along with top-tier production, creating the perfect setting for transcendent dancefloor experiences. From the ancient Mayan civilizations, the elite experience-crafters now focus on the Bedouin tribes and nomadic peoples of all creeds and cultures that have crossed the Dead Sea region.

From dusk to dawn, partygoers will be led through a hero’s journey amidst the vast Dead Sea, which has been known since its 2019 debut as an event as profound and otherworldly as the place where it is held. It is here that the frequencies of the world’s best electronic music echo through canyons carved over millennia, a sacred pilgrimage first set forth by Canaanites, Reubens, Gads, and many others.

The location: Mountain of Masada

The Mountain of Masada is one of Israel’s most storied historical locations, a UNESCO World Heritage Site, that sits on the shores of the Dead Sea and traces its origins to 30BC. One of the most breathtaking experiences at a global rave is dancing with the best party people in the world as the sun rises over the Jordanian Mountains.

The sacred lands where Day Zero takes place are always treated with the utmost respect by Damian Lazarus and his team. The festival is still dedicated to its leave no trace policy for visitors, carbon emission reduction, and environmentally friendly event production, which places a strong emphasis on recycling and biodegradable materials. Visitors can anticipate this tradition to continue in 2022 after its initial success as the first plastic-free music event in Israel. Furthermore, attendees can count on the ability to revel in elaborate and beautiful performances from the Day Zero circus team, as well as art installations, desert sculptures and surprises at every turn.

Day Zero’s philosophy of creating peak experiences at historically significant and stunning locations hasn’t changed despite its global reach and illustrious history. Lazarus is well aware that humanity cannot fully comprehend its place in this new chapter unless it is able to harness this link between the ancient and modern worlds. Together with the Tripping Productions team, Day Zero will continue to raise the bar as it synthesizes nature, artistry, and technology in new and innovative ways.