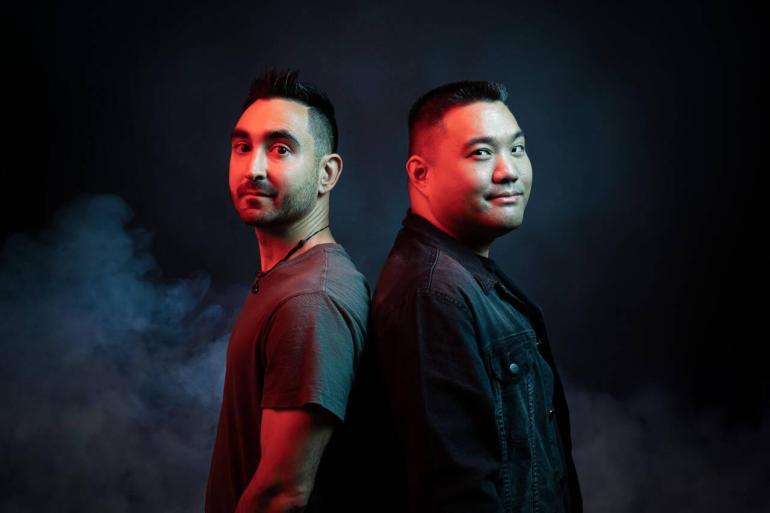 With its sub-label, Desert Hearts Black, now in its tenth year as a family, the Desert Hearts group is as boisterous as ever in exploring the far reaches of the dance floor and sonic palettes. Its 2022 goal is to offer a wider range of techno and house music to its growing audience, led by co-founder Marbs in curation.

DHB released the sensational RESET EP featuring an original by producers Darin Epsilon and Galestian, as well as remixes by Fur Coat and Marbs & Evan Casey. The 6-plus-minute track is a thrilling representation of late-night techno with melodic sensibilities. A crest of rave flares fires back-and-forth between rising melodies as the track opens with an alluring amalgam of sound. The track expresses anticipation for the collective experience of returning to dance floors after the pandemic, as well as the label’s direction in 2022.

Darin and I decided to collaborate on a track while we were both in Berlin during the big lockdowns of 2020-2021. The track emerged from the pressures surrounding this new reality that we had to slowly get accustomed to. We started bouncing a few ideas back and forth, and this one stuck the best. – Galestian

The remixes by Fur Coat and Marbs & Evan Casey.

The EP’s first remix comes from Fur Coat, a Venezuelan DJ and producer based in Barcelona. The B-side in an inevitably all-night dance-off, his synth-laden rework conveys a more dreamy, 80’s-infused aesthetic than the original. On the EP’s final track, DHB’s Marbs and Evan Casey collaborate on a captivating, seductive techno rework that ends with hair-raising parallelism with the evocative eye-focused EP artwork (designed by Marbs).

Marbs was primarily influenced by legends like Pink Floyd and Tool, while also listening to underground hip hop, reggae, and rock, as he grew up in Southern California with the infamous motley crew known as Desert Hearts. From a young age, he showed an undying love for all genres, which led to his fortunate career as a DJ/Producer.

Marbs and Evan Casey have helped build Desert Hearts Black, a DH label subsidiary, into a respected platform for melodic house and techno over the last few years. The debut EP Torus, a collaboration between Marbs, Rinzen, and Evan Casey, reached #1 on Beatport’s Overall chart after Deep Dish and others supported its singles. Tim Engelhardt, Dance Spirit, Thugfucker, Arude, Anakim, Rinzen, and Lunar Plane have all released on the label.

Desert Hearts Black label boss Marbs kicked things off with his new EP, Minds on the Run, for the month’s first release. “Needed Time,” a 7-minute club track, kicks off the EP. The EP’s anthem was written with peak hours in mind, incorporating native American chants into the soundscape to access this golden hour energy. A rolling bassline and melodic risers enthuse a psychedelic message as the track progresses. Hugs, champagne, and the satisfaction of making it through the night should serve as reminders to listeners of the shared experience that DH strives for. DHB’s focus in 2021 will shift away from melodic house and techno and toward more diverse sounds with attitude and groove, as evidenced by this track.

They’ve thrived despite an otherwise turbulent year for the industry, taking over Twitch and reaching tens of thousands of viewers weekly with their music.

When the Desert Hearts Festival relocates to Lake Perris, California this spring, it will mark its tenth anniversary. Minds on the Run teases the label’s eagerness to return to festivals and a renewed focus on expanding its electronic offerings. Join the Desert Hearts community for their most magical festival yet as they make their triumphant return. Thursday, April 28- Monday, May 2, 2022, We Are All Desert Hearts.