The end result is a massive anthem that will send shockwaves through any festival or club that plays it through their sound systems – get ready! 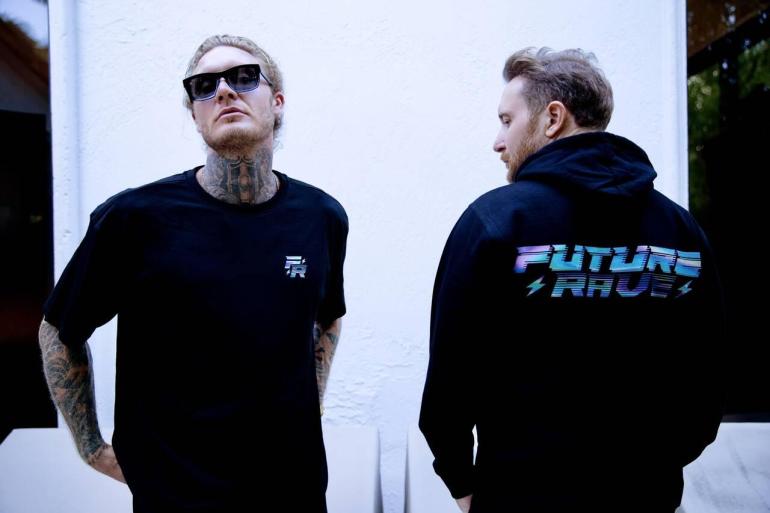 With ‘Impossible,’ the two resume their unstoppable tear of music in the hopes of further promoting their “Future Rave” sound and style to the masses. Musical Freedom label boss Tijs “Tiësto” Verwest brings David Guetta and MORTEN together for their follow up to “Save My Life” on the dance label’s catalog, after heavily supporting each other in the past.

I’m not excited, but obsessed, with this new sound that MORTEN and myself have created together in the form of ‘‘Future Rave’’. ‘Impossible’ may be our biggest and most loved sound yet, something that is influenced by techno and a little bit dark, but at the same time has a huge sonic. It’s great to be back on Tiësto’s Musical Freedom with ‘Impossible’ and working with John Martin on vocals this time around. Can’t wait to play this live in front of you all soon and see your reactions. – David Guetta

About the artists David Guetta & Morten

The powerhouse duo has collaborated on numerous occasions, with one of their first releases being the iconic ‘Never Be Alone‘ featuring Aloe Blacc, and more recently, they flipped Guetta’s collaboration with Sia, ‘Lets Love,’ into an intoxicating house smash. The Future Rave movement was in full swing over the last 12 months, with the release of the duo’s ‘New Rave’ EP, as well as David Guetta’s collaboration with Joel Corry x RAYE on the 82 million chart hit ‘Bed.‘ This train isn’t going anywhere anytime soon, so hop on board and enjoy the ride with the release of their newest work.

The Swedish singer/songwriter John Martin lends his vocal prowess to the track, which boasts an undeniably catchy and unwavering topline that ultimately shotguns the track into its pristine form. With a four-on-the-floor beat and massive signature synths cutting through the climatic atmosphere the two create with each of their tracks, accompanied by ground rumbling basses and graceful pads, ‘Impossible’ is textured and layered. The end result is a massive anthem that will send shockwaves through any festival or club that plays it through their sound systems – get ready!

Stream and download the tune via this link or below.