David Guetta & Tom Staar long-awaited collaboration, ‘This Ain’t Techno’ will be out this Friday, March the 8th on Spinnin’. 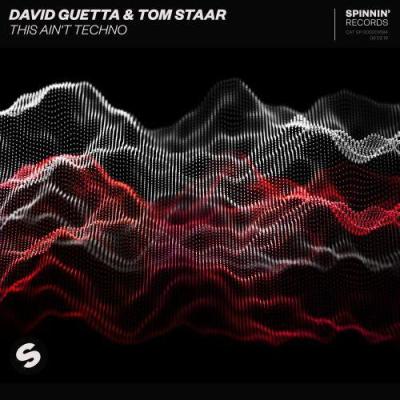 ‘This Ain’t Techno’ is one of that legendary collab in the groove circuit that everyone was waiting for. Played for the first time by Tiesto back in July 2017, the track received various revision over the years. The first voices about a possible David Guetta collaboration came out after the French superstar DJ dropped it last summer during his gigs.

Confirmed by Guetta on one of his latest performance, ‘This Ain’t Techno’ has been revealed today by Spinnin’ itself that has set up the release date for this Friday. The bouncy and groovy Tom Staar signature sound is back with yet another massive record.

Charles D debuts on Factory 93 with ‘Heavy / So High’

‘This Ain’t Techno’ is Tom Staar’s third release in 2019, after the free download remix for The Chainsmokers and the one for Oliver Heldens.

David Guetta & Tom Staar ‘This Ain’t Techno’ is finally out now. Grab your copy here or check below for the stream.