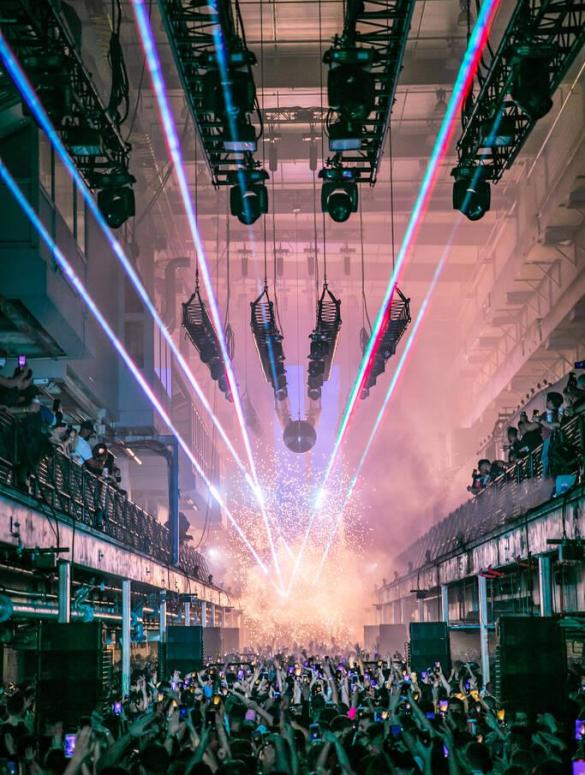 After announcing a two-day takeover of one of London’s most in-demand venues for New Year’s Eve and New Year’s Day, Defected and Glitterbox have now revealed the star-studded lineups for their New Year’s Eve and New Year’s Day celebrations at Printworks in London. Partygoers can expect an epic doubleheader with exceptional house and disco, world-class production, and an unbeatable atmosphere to see out a year that began in particularly trying circumstances, with both brands maintaining hugely successful partnerships with the mammoth London venue.

The celebrations will kick off with Defected taking over the Press Halls on New Year’s Eve, as a physical statement of Defected and Glitterbox’s successful navigation back to ‘in real life’ parties after dominating the virtual world. As the headliner, genuine UKG legend DJ EZ will perform his first set at a Defected party after collaborating on a 24-hour live stream at the start of 2021, which raised over £89k for Mind. A musical force of nature for over two decades, DJ EZ’s notoriety as a creative mixer with unparalleled instinct and technical prowess makes him one of the best-loved acts in dance. Danny Howard of BBC Radio 1 will also be performing, as well as returning favorites Darius Syrossian, Riva Starr, Melé, and Catz ‘N Dogz, as well as long-time residents such as Defected founder Simon Dunmore, Sam Divine, and Monki.

Glitterbox will then host an all-day event the following day to keep the party going for those looking to start 2022 on a high note. The New Year’s Day event will welcome new faces of the brand to mark a new era of Glitterbox parties, bringing its unique blend of uplifting, soulful, and joyous house and disco to the Press Halls. Kiddy Smile, whose Paris ballroom entourage the House of Gorgeous Gucci is descending on London for the party, is one of those joining the international line-up. Breakbot & Irfane from Ed Banger, as well as dynamic duo Dirty Channels and house legend Spiller from Italy, bring more talent from across the Channel. Tarzsa, a well-known NTS presenter, makes her Glitterbox debut, and Melvo Baptiste, the brand’s face and voice, closes out the evening. No Glitterbox event is complete without some incredible vocal talent, and Jocelyn Brown, the singer of “Somebody Else’s Guy,” provided a live PA this time. As usual, Glitterbox’s troupe of performers, drag queens, and club kids will heat things up and contribute to the party’s inclusive and unifying atmosphere.

Printworks and the new spaces.

Both events will take full advantage of Printworks’ recently launched Inkwells space, the venue’s new second room with low ceilings, colonnades of beaten concrete pillars, and a stripped-back, industrial aesthetic. Original label co-founder Derrick Carter will grace the Inkwells, and techno pioneer Robert Hood and daughter Lyric will play together as Floorplan, following two stellar EPs on the label, with a raw, warehouse feel perfectly matched for the underground sounds of Luke Solomon’s Classic Music Company, who take over the space on NYD. Josh Caffé, a Honey Dijon collaborator and stalwart of London’s club scene, and Homoelectric resident Gina Breeze, as well as Classic founder Luke Solomon and rising star Sophie Lloyd, whose breakout record ‘Calling Out’ has become a Classic catalog staple, round out the line-up.