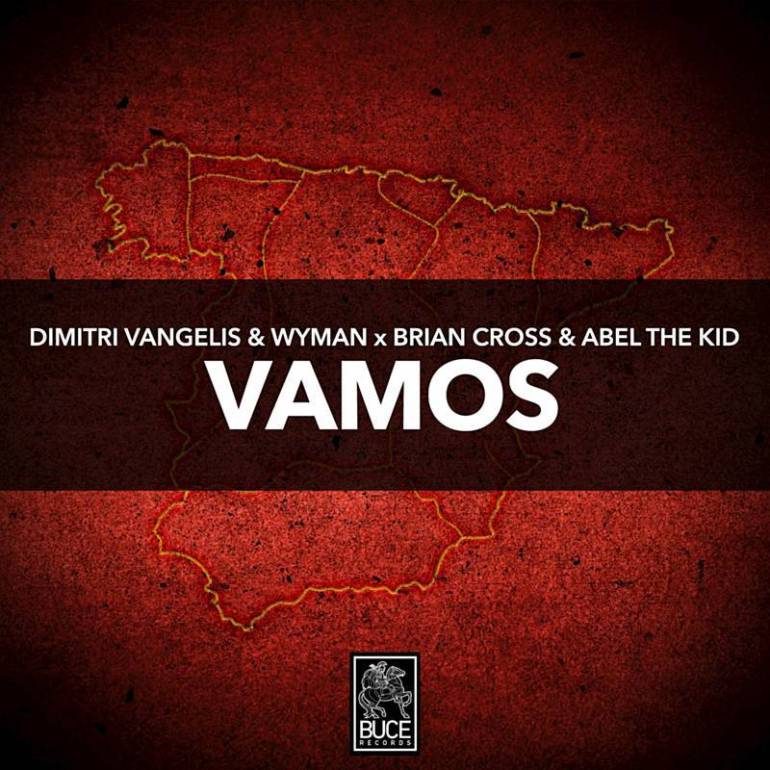 Dimitri Vangelis and Wyman are back on Buce with “Vamos”

[vc_row][vc_column][vc_column_text]Dimitri Vangelis and Wyman are back after a period of absence with the 9th episode of their radio show, Buce Radio, which has worldwide premiered their new single “Vamos.”

Thanks to the major hit Payback, in collaboration with Steve Angello, Dimitri Vangelis and Wyman did talk about themselves a lot in the past years. When, in December of 2015, they announced the opening of their own label fans went crazy. They started releasing one masterpiece after the other until the label seemed to be stopped. Buce Radio became an occasionally podcast as the releases on the label (check here and here) but, now, finally, they’re back in full force.

Dimitri Vangelis and Wyman are back on Buce Records with “Vamos,” a collab between them, Brian Cross and Abel the Kid.

The track is called “Vamos” and it’s a collaboration between the Swedish duo, Brian Cross, and Abel The Kid. It’s a massive house groove banger with an impressive drop and a wonderful break full of emotional sounds. The track, of course, will be out on their own label, Buce Records, on the 2nd of February.

The pre-order is not active yet but, in the meantime, you can listen to the preview here or below. Check also Buce Radio Episode 9.[/vc_column_text][vc_column_text]