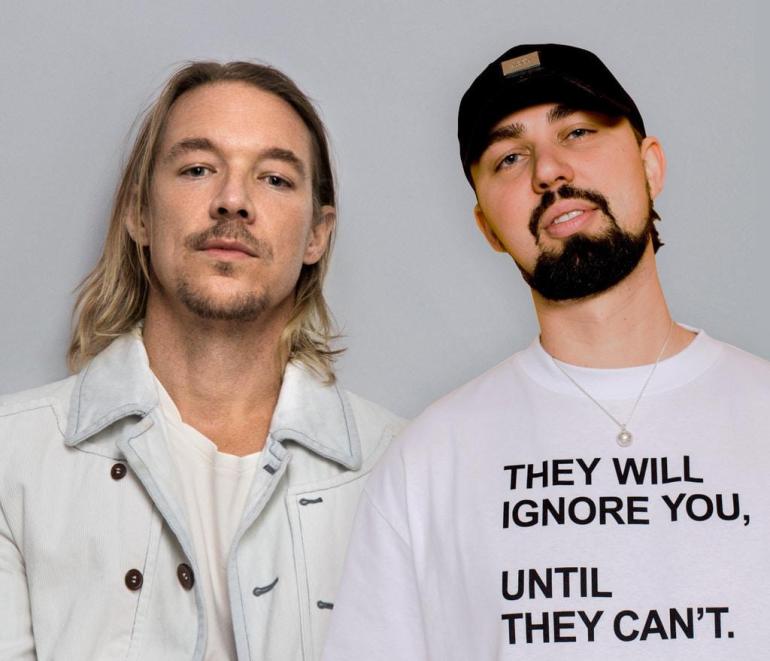 Legendary House Music label FFRR and Diplo’s Higher Ground continue their flurry of outstanding releases with Turn Back Time, a sensational collaboration between two of the scene’s most exciting major players, Diplo and Sonny Fodera.

Bringing together their combined production prowess they deliver a new track with unquestionable dancefloor appeal. This new release is full of old skool piano stabs, sublime vocal, bouncy beats and an infectious electronic bass line that instantly hooks you; all coming together to make a track that has a feel-good vibe running throughout.

Turn Back Time was born out of a late night session with me & Diplo. I was on tour in LA at the time, playing some amazing shows, meeting some really cool people and feeling super inspired by my surroundings. I played Turn Back Time in some of my last live shows and the response was so crazy, we knew we had to release it! Enjoy… and let’s hope I can drop this one LIVE for you all soon 🤞🏼❤️ – Sonny Fodera

Fresh off the back of another standout crossover dance release ‘Wired’ feat Ella Eyre, Sonny Fodera’s once again showcases how his production style just works. Having remixed the biggest names in the genre, Sonny has worked with an impressive string of leading artists including Calvin Harris, Disciples, MK and many more. Mixmag noted him as “one of the biggest draws in house” having sensationally sold out the London Printworks in 24 hours. It’s clear that Sonny is a rapidly rising talent, with more than a dozen top ten releases via Beatport, several studio albums and having performed at the world’s most renowned clubs and festivals.

Diplo is an artist who needs little introduction as his musical credentials speak for themselves. His recent release ‘Looking For Me’ with Paul Woolford and Kareen Lomax sensationally clocked over 80 million combined streams, gaining a US #1 dance chart in the process. Simultaneously he brought us ‘On My Mind’ with fellow US producers SIDEPIECE, achieving ‘Track Of The Week’ on Radio 1, becoming a Tik Tok viral phenomenon, breaking through the 70 million streams mark, and was a BRIT certified Gold. Diplo has also released his genre-bending country album and is the driving force behind incredible acts such as Major Lazer, Silk City, LSD, and Jack Ü. He has produced for Beyonce, Madonna, The Weeknd, and M.I.A. He is one of the most renowned contemporary and in-demand producers of our time with three Grammy wins and multiple nominations to his name.

With a brand-new video in the pipeline and the track already teased in the artists DJ sets ‘Turn Back Time’ will no doubt follow on the success of their recent releases, brought to you by FFRR a tried and tested label delivering dance anthems for decades.

Diplo & Sonny Fodera’s ‘Turn Back Time’ is out now FFRR / Higher Ground. Download and stream here or below.