Chicago’s legendary DJ Moodymann prey of an episode of police brutality; he was arrested yesterday in his home town.

Kenny Dixon Jr., aka Moodymann, is well known for being one of the greatest exports of the Chicago house scene. Unfortunately, we’re not here to talk about his latest record; he was arrested yesterday in his home town, and he managed to film the umpteenth episode of “Police brutality”.

Let’s reassume the main facts: Dixon was cruising in his car when he skirted an empty house. The policemen, who probably believed that he was a criminal looking for houses to rob, immediately surrounded him and commanded him to get out of the car. According to the DJ, there were nine agents armed with pistols and an AR15 assault rifle. The video clearly shows how the Policemen don’t care about the fact that he may be an unarmed, honest citizen, and keep on yelling at him.

Dixon even showed the keys of the property to demonstrate that he was the legitimate owner, but he was still arrested and conducted to the Police Station for further investigations.

Immediately after the video appeared on his Instagram profile, some fellows DJs such as The Black Madonna – major “social justice warrior” of the Dance Music scene – tweeted in his support.

I just saw Moodymann get arrested for breaking and entering his own property on Instagram. He had the keys! They had a fucking AK or whatever in his face. I’m just crying.

We don’t want to embroil into political or racial matters, it’s not up to us. We still have to point out that last year there were 1843 cases of shot people in Chicago; from 2010 to 2015, 92 policemen lost their lives while on duty, and 170 were wounded.[/vc_column_text][/vc_column][/vc_row] 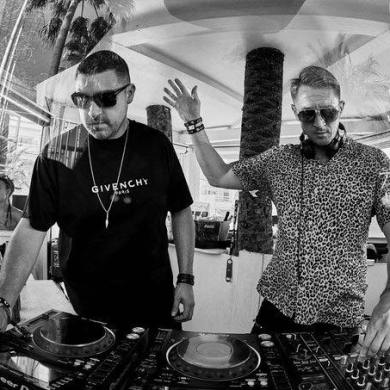 You can now preview the full 21-track Camelphat ‘Dark Matter’ album
This website uses cookies to ensure you get the best experience on our website: Find out more.