[vc_row][vc_column][vc_column_text]On an incredible roll, Don Diablo is back again for another insane production called ‘Anthem (We Love House Music)’ that is finally out now on his own imprint HEXAGON.

One of the greatest producer and human being in the dance industry, Don Diablo is on an incredible roll regarding delivery banger lately. A week ago he releases ‘Wake Me When It’s Quiet’ featuring Hilda, a heartfelt song in memory of Avicii. During this 2018 he has released already five releases plus his long-awaited ‘Future’ album and now, he’s back again with a summer-ready Don Diablo style record. 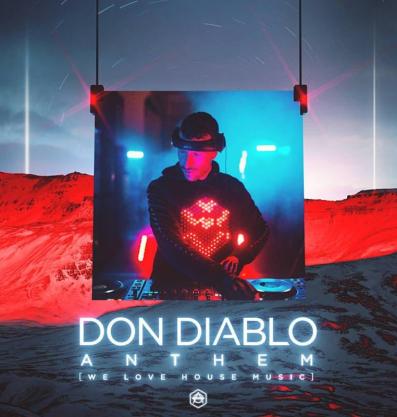 ‘Anthem (We Love House Music)’ was worldwide premiered the 20th of May at kineticFIELD, EDC Las Vegas and it’s a future-house music record perfect for the upcoming summer season. Fast melodies a non-stop rhythm and a vocoder processed vocal made this record the perfect anthem for every festival.