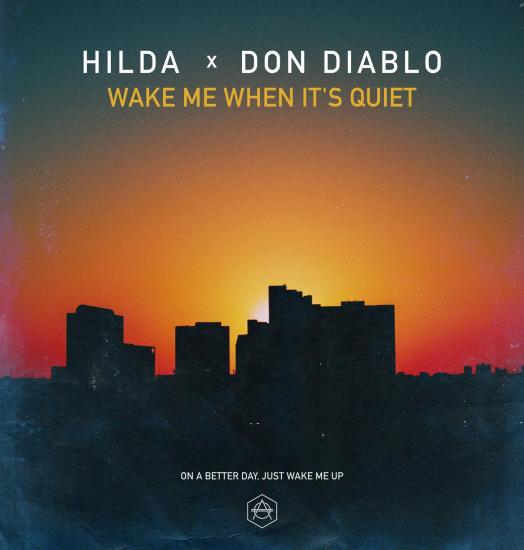 Don Diablo drops a new song called ‘Wake Me When It’s Quiet’ featuring Hilda in memory of Avicii; all the royalties of the record will be donated to a charity.

The passing away of Avicii has touched the entire Dance community; a lot of the big names, as well as the fans, have remembered and paid tribute to one of the greatest artists and musicians of our era in different ways: Tower bell has played Avicii songs, fans gathered in the square in Stockholm under the notes of ‘Levels’, radio-show and podcast dedicated to Avicii, tattoos and much more.

Hilda, a young but super talented singer, and songwriter has spent the days after Avicii passing writing ‘Wake Me When It’s Quiet’ and through a friend, the track reached Don Diablo who has immediately chosen to write a song around it.

“It came together the morning after we got the tragic news. Being one of our generation’s greatest icons and inspiring millions of people from all over the world… the shocking news shook us at our very core. Knowing Don shared exactly the same emotions, it felt natural to collaborate with him on this song.” – HILDA

Don Diablo ‘Wake Me When It’s Quiet’ is the new single by HEXAGON’s boss featuring the beautiful voice of Hilda in memory of Avicii.

“When I listened to it the first time it touched me deeply in so many,” says Don Diablo. “As artists, the best way to express our emotions is through music so I locked myself up in the studio and was determined to walk out with something magical that would do justice to the sincere message of the demo and the incredible talent of HILDA. I truly felt this song needed to get heard. So many people are struggling with mental health problems and we have to make sure to never turn a blind eye to this.”

‘Wake Me When It’s Quiet’ is a true masterpiece starting from the beautiful and suave voice of Hilda to the amazing work with the music by Don. This record is for sure the best way to celebrate life in memory of Tim and, we are sure he would have loved it as much as we do.