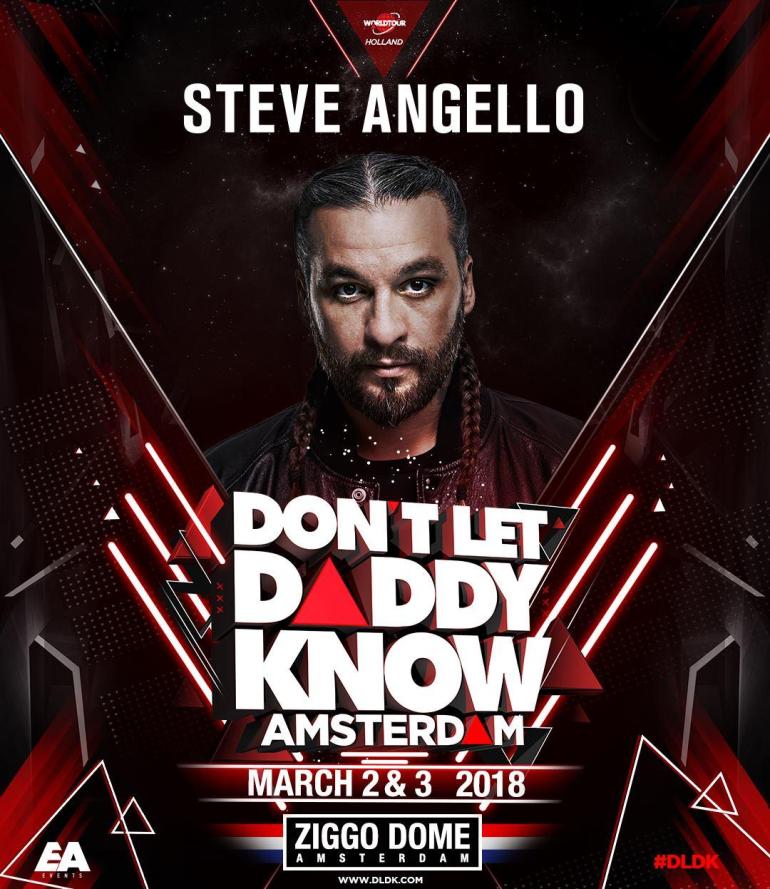 [vc_row][vc_column][vc_column_text]One of the biggest festivals in the Netherlands, Don’t Let Daddy Know, has just revealed the special guest for this 2018 edition: Steve Angello.

“Don’t Let Daddy Know” or better known as DLDK began six years ago on the magical island Ibiza and it is now a worldwide phenomenon that takes place in stadiums and arenas around the globe. It succeeds in creating an atmosphere of togetherness at even the most massive venues. Now, entertaining thousands of fans across the planet each year, DLDK is going to celebrate the start of the DLDK World Tour at the Ziggo Dome in Amsterdam with two days of madness. This year, DLDK will bring an entire new production to the Ziggo Dome with top-notch visuals and a massive stage design.

Now, because of the change of scheduling for Axwell Ingrosso‘s set in favor of Steve Angello’s one, fans went crazy, as usual, screaming about the reunion (Swedish House Mafia).

“Don’t Let Daddy Know” is a worldwide event and it’s pretty normal to find international top DJs as Axwell, Ingrosso, and Steve Angello are. A reunion is 99% unlikely so, stay calm and enjoy this monumental event.