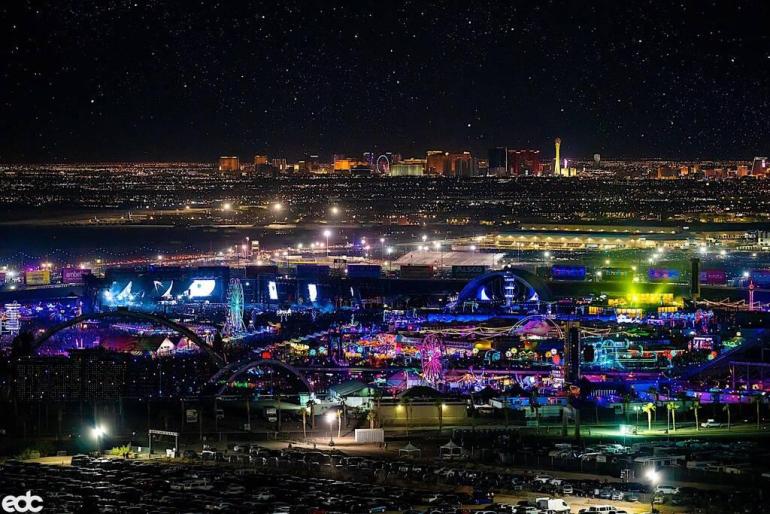 It seems an issue that will never be resolved. Like the other editions, EDC Las Vegas 2022 is suffering from heavy traffic making it sometimes almost impossible to reach the festival ground on time.

Home of the Electric Daisy Carnival Las Vegas is the Motor Speedway, localized in the Nort-East of the city. From the city center, two are the main roads that bring to it. The Las Vegas Freeway and the Las Vegas Boulevard. EDC Las Vegas 2022 has been estimated to draw roughly 475,000 attendees over three days. There are a lot of people and, of course, a lot of cars and shuttle buses to bring fans from and to the festival.

Electric Daisy Carnival Las Vegas 2022 is currently on its second day. Friday, the opening day, has been the worst day to reach and leave the festival with people who have also been unable to reach the Motor Speedway because of the traffic.

The first option is of course shuttle busses; they have a priority route, skipping the traffic but it can be difficult, especially during the rush hour to get into one. Once on the shuttle bus, it took about an hour to get to the festival. Things got worse if you’re going to leave later than 9/10 pm heading to the festivals. Some people reported it took them almost three hours from downtown to the festival leaving the city at around 10 PM.

In a recent pool on Reddit, almost 30 % of the people reported it took them between 1 and 2 hours to get to the festival. Interesting is the percentage of people that don’t even make it to the Las Vegas Motor Speedway: 18 %.

For the third and last day of EDC Las Vegas 2022, traffic won’t surely be better so, be prepared to spend at least a couple of hours on the road.

If you want to try to avoid it, we suggest leaving downtown at around 5 or 6 PM max by car, Uber, or shuttle bus. We suggest picking up the shuttle bus earlier than 6 PM to have the most chances to arrive at the festival ground on time.

Traffic in and out of festivals has been a common thing in the last years, especially in the United States. This is not just a thing of EDC Las Vegas as a similar scene has been seen during Coachella and Ultra Music Festival in 2019 when the entire bridge connecting Virginia Key to Brickewell Miami has been shut down by law enforcement to let Ultra’s shuttle buses to bring people out of the festival.

EDC Las Vegas is currently live streaming. These are the artists you can’t miss under the electric sky. On the first day of the festival, the main stage kineticFIELD got shut down because of the high wind.