The stark visuals of ‘Trouble' present an ominous setting set in sullen tones, using a gritty style influenced by iconic British filmmakers such as Alan Clarke.

Vinecaise and Rebel of Sleep present ‘Loneliness/Until the Sunrise’ EP

The stark visuals of ‘Trouble‘ present an ominous setting set in sullen tones, using a gritty style influenced by iconic British filmmakers such as Alan Clarke. A mystery suspense following members of the audience, including Harrison Swann from Talk Show. Each of the visual’s characters is mysteriously pursued by an unseen force before being engulfed by Eli Brown’s own aesthetic world’s unrelenting gloom, which consumes each of them in a sinister finale. The song’s punk-inspired electro, complete with propulsive synths, an unending percussive line, and a deadpan vocal, is perfectly complemented by the video. Rather than playing off of each other’s strengths, all acts up the ante, with Eli Brown injecting acid-laced potency and Swann snarling vengeful declarations over the track’s ominous atmospheres. The music, which is both euphoric and pummeling, is a perfect clash between cultures from an intrinsically uncompromising artist taking one of the UK’s most impactful new acts into his realm.

‘Trouble‘ echoes the template laid down by pioneering Bristolian electronic and punk bands such as Massive Attack and IDLES, building on their hallowed recipe with ease, matching each other’s sonic ferocity with unflinching intensity. The latest clip for ‘Trouble’ is an explosive example of putting two unstoppable entities of their own worlds together, resulting in a video that is almost as impactful as the track itself. 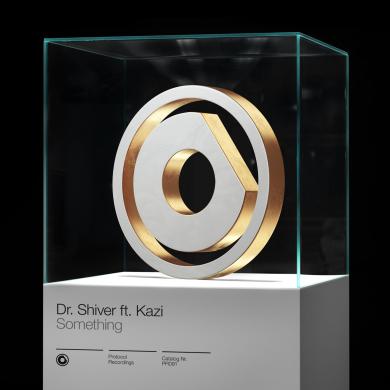 Dr. Shiver debuts on Nicky Romero’s Protocol Recordings with ‘Something’