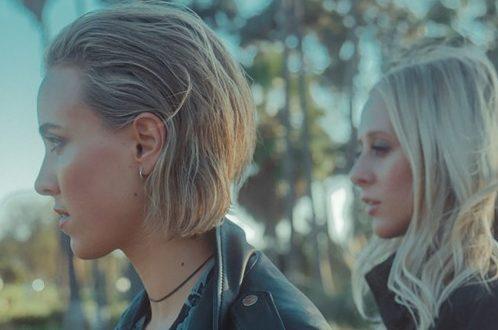 Eli & Fur have built ‘across the board’ support from BBC Radio 1 tastemakers Pete Tong, Annie Mac and Danny Howard over the last few years and Wall to Wall is another gem from the duo. The record features lush and haunting vocals, layered on a rolling bassline, to create a unique spellbinding progressive sound. The track highlights the duo signature sound, a mix of progressive melodic themes perfectly merged with the vocal and rolling and intensive beats. Wall to Wall is another top-class production from the female duo.

Since breaking on to the scene in 2012, the female pair have perfected a sound around electronic melodies and distinctive vocals. The duo has a raft of award nominations such as ‘Best Producer’ in the Bass Music Awards, ‘Best Breakthrough DJ’ at DJ Mag’s Best Of British Awards and ‘Best Breakthrough’ at IDMA Awards to name a few.

TYPE3 returns on IN / ROTATION with techno banger ‘Real’

Having already had an immense start to the year, the duo released ‘Coming Back’ on their own imprint NYX Music and was shortly followed by a collaboration with Danny Howard on his Nothing Else Matters label. Continuing their string of releases, August saw “If You Were” which reached No.1 on the Beatport Progressive House Chart, while their three-track ‘Into The Night’ EP added to their discography of releases on deep house imprint Anjunadeep.

Eli & Fur single Wall to Wall is out now via Simplicity Is Key Records; you can check it here or below.