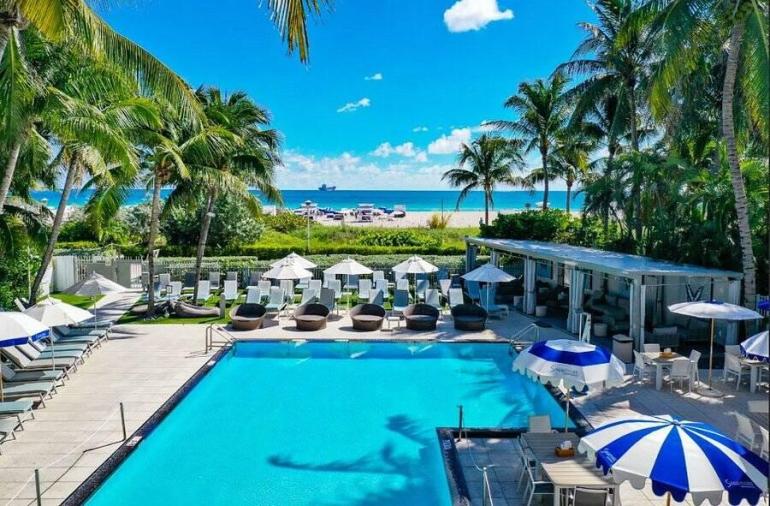 It wouldn’t be Miami Music Week without the Epic Pool Party series, which is always on point. They set up shop in a stunning new location in the heart of South Beach this year. The Sagamore is an art deco architectural celebration with a glistening pool as its centerpiece. There’s plenty of room to dance, lounge in comfort, and soak up the Miami rays at the Sagamore.

The week begins on March 23rd with a massive mainstay party of MMW for over 20 years, the legendary DJ Mag Pool Party Sessions, which will host a cross-section of house and techno’s finest including DJ Mag, Beatport & Repopulate Mars, Sonny Fodera Presents Solotoko, Hot Creations, and Disco Disco at the Sagamore Hotel South Beach Miami, as well as two more huge headliners to be announced on March 1st for this legendary party.

Beatport, the world’s largest digital download store, has partnered with Repopulate Mars. Lee Foss‘ label is one of the hottest in the world right now, and it’s at the forefront of the underground house scene. In Miami, this party is always a sell-out, and it features some very special headliners.


Solotoko will be performed by Sonny Fodera on Friday, March 26th. Sonny Fodera returns to Miami for his biggest ever MMW show, following the release of his hit album ‘Wide Awake,’ collaborations with Diplo, Vintage Culture, and Dom Dolla, and sold-out shows all over the world. There will be a large number of special guests and Solotoko favorites on the bill.

Without Jamie Jones and Lee Foss’s hedonistic pool party, it wouldn’t be a real week in Miami. This event will celebrate ten years at the top of dance music and will be known for their seductive house soundtracks as well as party antics. The label has released some of the biggest tracks in the scene over the last decade, so you can only imagine who will be at the top of the bill on this lineup!

Closing things down are the always colorful Disco Disco crew, which promises to be a day of multicolored fun in the sun with a selection of some of the industry’s biggest and best! Legends will join A-listers for an unforgettable end-of-week disco pool party. Fancy Dress is encouraged to really make this one special!

The clock is ticking and tickets are flying off the shelves, so don’t wait to get your passport to party heaven.