After an incredible 2017, culminated with the release of his highly acclaimed album “Soulmatic“, German Disco House master Purple Disco Machine is back with a stunning remix of one of Dance music’s finest, the evergreen Fatboy Slim. These last months have seen the release of many remixes of the Brit’s catalog: one amongst all, CamelPhat’s take on the classic “Right Here, Right Now”, which keeps doing damage on dancefloors all over the world. 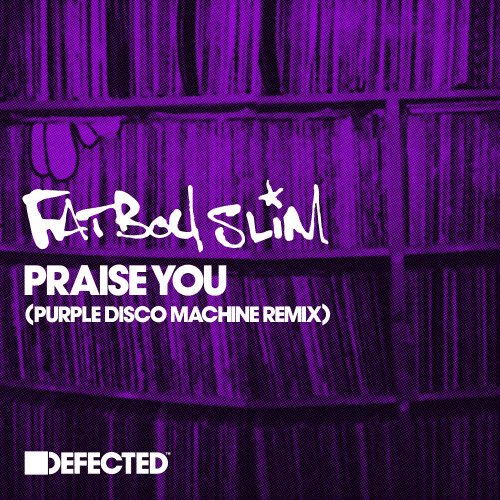 20 years after the original’s release on Skint Records, and now exclusively licensed to Defected, Purple Disco Machine remixes Fatboy Slim’s stone-cold classic “Praise You“, giving his unmistakeable nu-disco twist on the modern anthem. Having achieved considerable international success with smash record “Dished (Male Stripper)”, 2018 has become a defining moment for the German producer and Purple Disco Machine has added his own unique magic to “Praise You”. He enhances the gospel-influenced sing-along quality of the original with disco elements; signature bloopy synths, soul clap, and looser percussion. Another effortlessly sophisticated re-work and guaranteed dancefloor knockout from disco house’s main man of the moment.

Already available for streaming on Spotify, Purple Disco Machine’s remix of “Praise You” will be available on all platforms on November 9th.