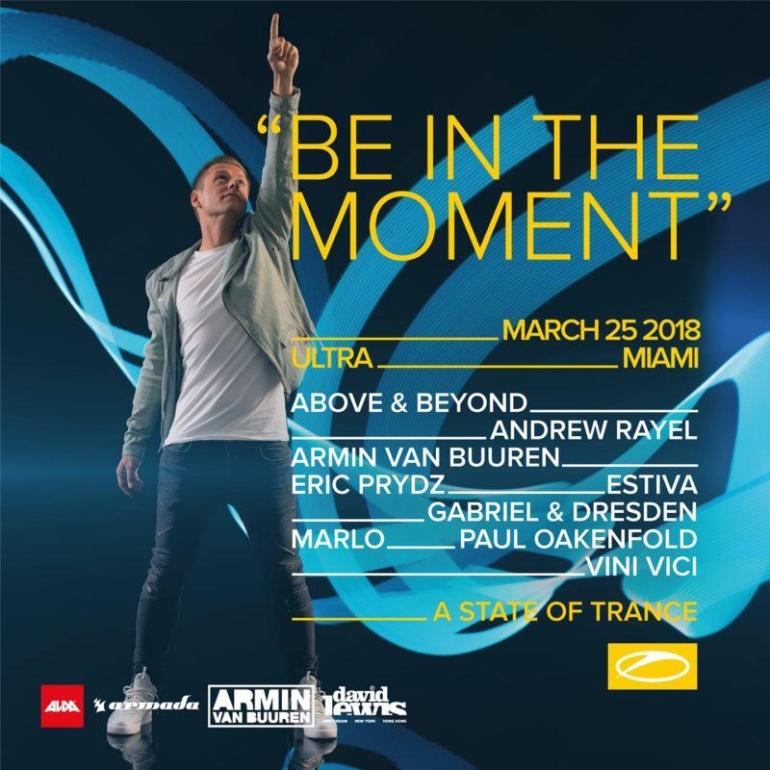 [vc_row][vc_column][vc_column_text]Directly from Ultra Music Festival Miami, Armin Van Buuren will host the 850th “A State Of Trance” in the incredible frame of the Ultra Megastructure stage.

After two full days of techno, with resistance hosted by Mr. “Oh Yes, oh Yes” Carl Cox, the megastructure will change shape becoming the kingdom of Trance Music with “A State Of Trance” – ASOT – hosted by Armin Van Buuren. The 25th of March, trance music will take over the second biggest stage at Bayfront Park for the greatest showcases of the genre.

The line-up includes Andrew Rayel, Eric Prydz, Above & Beyond as well as Armin Van Buuren and many others. The amazing thing is that the whole day will be audio streamed live without interruption. The full line-up and set schedule are shown in the image below which includes both EDT and CET timezone.

Eric Prydz show is set for 8 pm local time until 9.30 pm when Above and Beyond will take over the decks for what will surely be a monumental closing.[/vc_column_text][vc_column_text]