How Barcelona will turn into Europe’s techno capital next weekend 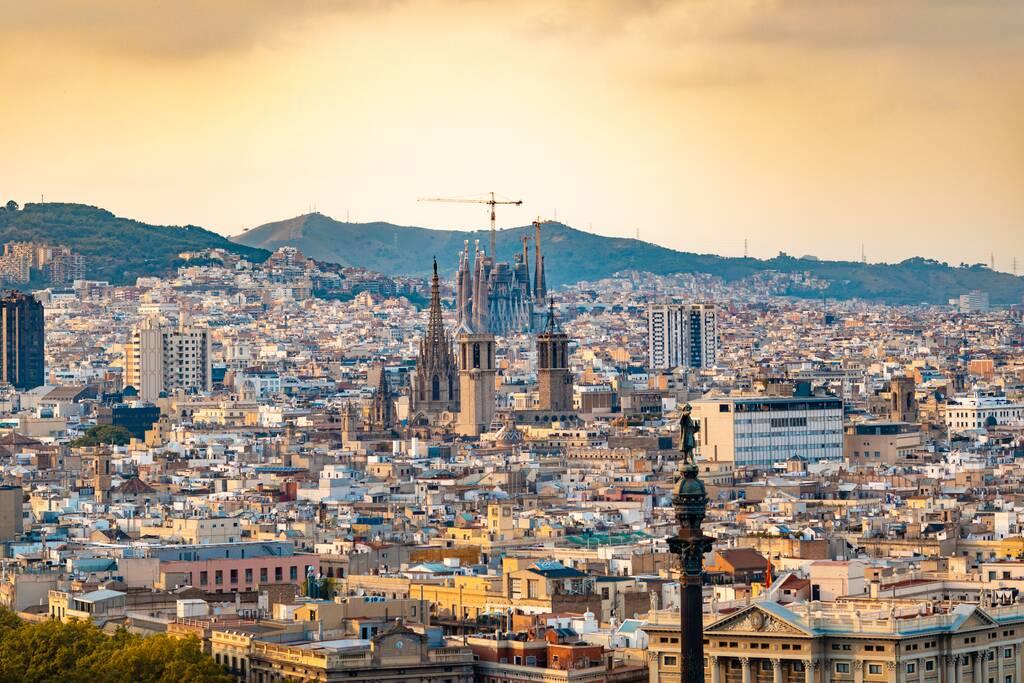 One of the hottest weeks of the year is ready to kick off in Barcelona for its 2022 edition. Sonar, OffWeek, and OffSonar are ready to come back to Catalunya for the first edition after the pandemic. Both festivals will kick off the festival summer season by showcasing the techno and house trend we’ll surely see around Europe this summer.

The flagship event is the Sonar festival which will kick off on Thursday the 16th. Installations, Q&A with artists and people of the electronic music panorama, initiatives, and more are the activities planned for the day. Highlights of the day will be the talk by DICE about ‘How the music industry can use data for good’. We suggest also having a look at Davide Quayola’s ‘Transient’ installation; part of SonarExtra, an itinerary through the heart of Barcelona, ‘Transient’ is an audio-visual experiment shown for the first time in multi-channel format, available for visit all week long.

On Friday, Natasha Greenhalgh will showcase ’Immersive installations: prototyping future realities’. She is the creative director and co-founder of NXT Museum in Amsterdam, a new project that opened in August 2020. You also can’t miss Quayola/Seta – ‘Transient Performance’, presented by ME by Meliá, is a starting point, the first phase of an ongoing collaboration between Davide Quayola and Andrea Santicchia (aka Seta), two Italian artists at the forefront of audiovisual experimentation. In this performance, the two prodigies use their four hands to improvise in real-time using complex algorithms. Sound and images are generated simultaneously, creating perfectly synchronized synesthetic alliterations. Sonically, classical minimalism and impressionism converge with experimental electronic and techno music.

For Sonar by Night, you’ll find Agoria at SonarPub from 3 AM, as well as ANNA & Maotik from 6 AM at SonarClub.

Saturday is the big and also closing day of Sonar with nothing but the best artists of the underground scene. La Fleur will play at 00:10 on Saturday at the SonarClub expect anything from jazz vamps to piano breaks to tech house, sometimes in the space of a single mix. the iconic French legend, Folamour: Power to the PPL A/V, will present a new live audiovisual show at Sonar from 3:55 at SonarPub by Thunder Bitch. The highlight of the night, Eric Prydz at SonarClub from 1:30. Another unique show for Sonar as The Chemical Brothers will take over the SonarClub. Lean, deep, acid-flecked techno, Charlotte de Witte will take over SonarClub at 2:50. Closing down the night, the new techno star Anfisa Letyago will play a sunrise set at the SonarClub.

Sónar, a pioneering cultural event with a distinctive format and content, was founded in 1994. Its first-class status as a prominent international festival reference stems from its meticulous curation, which combines a playful character, the avant-garde, and experimentation with the latest dance and electronic music trends.

In conjunction with scholars, innovators, and business leaders, Sónar+D is a worldwide conference that explores how creativity is changing our present and inventing new futures. Since 2013, this cross-disciplinary event has brought together top artists, creative technologists, musicians, filmmakers, designers, thinkers, scientists, entrepreneurs, makers, and hackers in Barcelona to take part in a carefully curated program aimed at inspiring and networking.

OFFSónar is a four-day event series inspired by the labels’ and parties’ individual views of modern electronic music. It has nine parties spread over four venues over four days. The biggest OffSonar dancefloor is Poble Espanyol; on the steps of the Montjuic mountain, overlooking Barcelona, it is an open-air architectural museum. It offers a variety of experiences across its three locations, including large squares, panoramic lookouts, intimate alleyways, and lush foliage. It will host the debut of Crosstown Rebels‘ party, GET LOST on Friday 17th of June. On the following day, Poble Espanyol will host Woomoon & Storytellers party, which will take over Monasterio and Carpa & Picnic as well.

Monasterio is probably the most iconic stage at the OffSonar festival. It is located at the highest point of Poble Espanyol and provides an intimate dancefloor with panoramic views over Barcelona. At sunset, it’s very magical. The venue will host Detroit Love with Carl Craig on Friday. The party lands once again at OFFSónar with heroes of the motorcity’s past, present, and future.

On the same day, you can catch Amelie Lens and her iconic EXHALE label party at the Carpa & Picnic Area. Located in the back of the Poble Espanyol complex, it is a hidden gem with pine-filled outdoor space and a semi-covered dancefloor with state-of-the-art sound.

Plaza Major is the fourth venue we haven’t talked about yet. It is a ringed town square that is epic in scope under the Spanish sky, is the largest and most emblematic area within Poble Espanyol. It will host the legendary Innervisions party, which will take over all the four venues for a day and night of dance music brought to life by a roster of DJs and performers at the forefront of the genre. On Thursday Circoloco will take over a sold out Plaza Major.

Running from the 7th all the way to the 9tf, the OffWeek festival will take place at Parc Del Forum. Every year the lineup and the parties are packed with the best artists of the underground scene and this year is no less.

On Friday Tale Of Us will bring back Afterlife at OffWeek with a stellar lineup including Stephan Bodzin, Mind Against, Fideles, Colyn, and Kevin de Vries. The event is split into two stages, with The Temple hosting Kobosil, Chris Liebing, FJAAK, KAS:ST, Woo York, Adiel, and Øostil. On the same day, [a:rpia:r] will return at OffWeek.

Solomun and Ricardo Villalobos will be back at Parc Del Forum with their parties. Diynamic and Frrc will run on Saturday with the closing parties, on Sunday entrusted to ARTBAT and their UPPERGROUND label and Marco Carola, Loco Dice, and Andrea Oliva on the main stage.