[vc_row][vc_column][vc_column_text]Now only a few hours are left from the start of Coachella 2018. the biggest multigenre festival in the US and the organization has revealed the live stream schedule and the line-up for the event.

The line-up includes The Weekend closing Friday with, we are sure it will be a monumental performance where he will deliver all his new materials. His performance, unfortunately, is in conflict with REEZ DJ-set. In the same night, Maceo Plex will take over the Gobi stage. With such a big number of performances and artists, also the most dedicated fan will have some difficulty in the choice.

Coachella unveils full 2018 set times and live stream schedule including 3 channels on YouTube and a VR one.

Saturday is the chillier day regarding superstar DJ set with “only” ODESZA and Kygo. On Sunday other tons of great names of the industry are in the line-up as Jamie Jones, Kolsh, San Holo and Illenium. 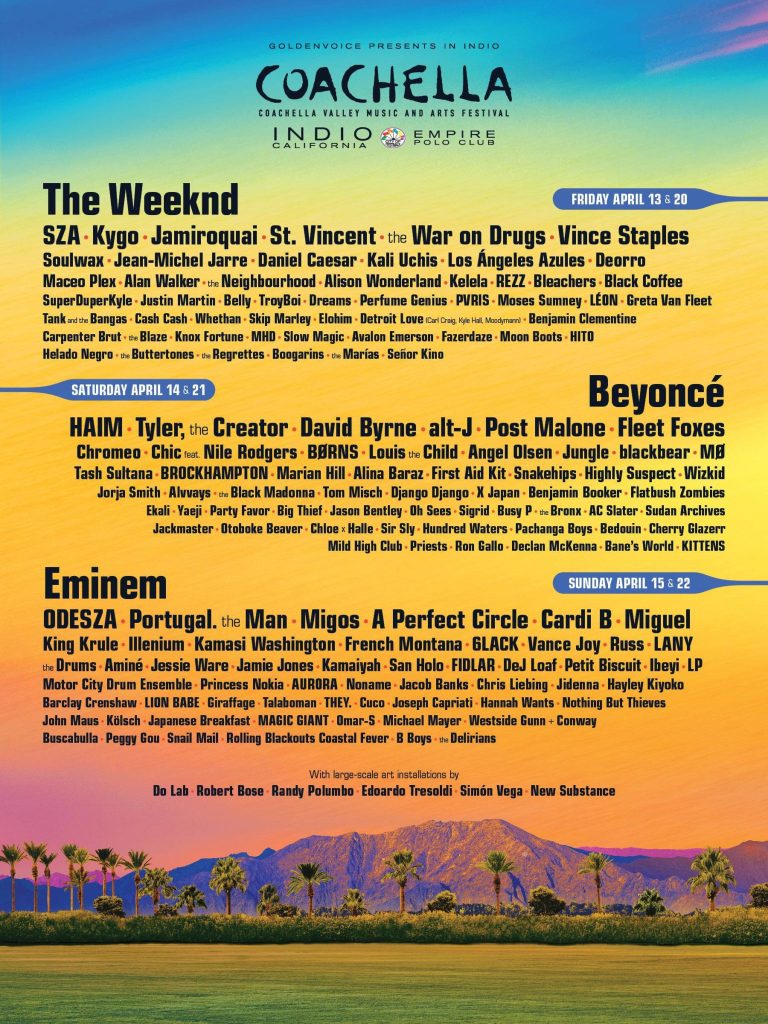 Now, if you’re not going to attend the festival you could be a little bit upset but, there is great news for you. coachella has set a full live stream of the event with 4 channels, one more than last year. The event will be streamed live on Coachella’s Youtube channel and you can already see the live-schedule and set a reminder for the performance you want to see.


Another great news is that the fourth channel is a VR one, a 180° live stream for the main and the desert stage.

All the info about the line-up and the schedule for the event can be found below or following the link for Coachella’s Youtube Channel.[/vc_column_text][vc_column_text]