Debuts at the Reincarnation of Doctor Music Festival in the Circuit de Barcelona-Catalunya, Montmeló July 11-14

Damian Lazarus has announced a new chapter in the saga of his globally renowned events portfolio. He has revealed the ‘Force Field’ showcase concept and its debut at the reincarnated Doctor Music Festival. Force Field aims to create a traveling vortex into the transformative curational pull that Damian has fostered.

The musical programming for Force Field will continue Damian’s legacy of bringing underground music’s most celebrated acts into breathtaking locales. The Force Field showcase at Doctor Music Festival will bring this ethos to new heights.

The Force Field experience will flow its mystical energy from sunset to sunrise. 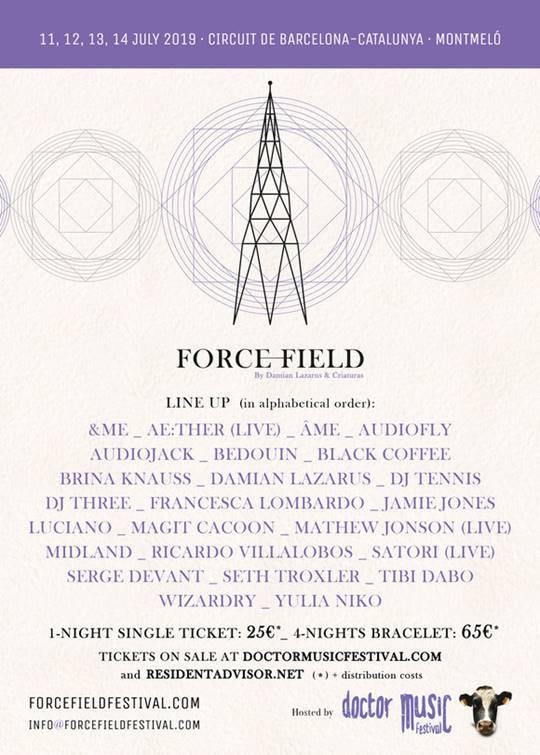 Doctor Music Festival will be reincarnated in 2019 following a nineteen-year hiatus after four scene-defining editions in the late ’90s. The festival is returning for one year only to gather its kin for four days of celebration and cultural evolution, featuring world-class music spread across four stages by the likes of Smashing Pumpkins, Underworld, The Strokes, The Chemical Brothers, Greta Van Fleet, The Blaze, Richie Hawtin Closer, Jimmy Cliff, Carl Craig, Charlotte De Witte and many more.

Tickets are now available via this link.