Planned for September 9-10, 2021 the festival will include 25 artists along 2 nights the lineup includes Diplo, Charlotte de Witte, DJ Tennis and more 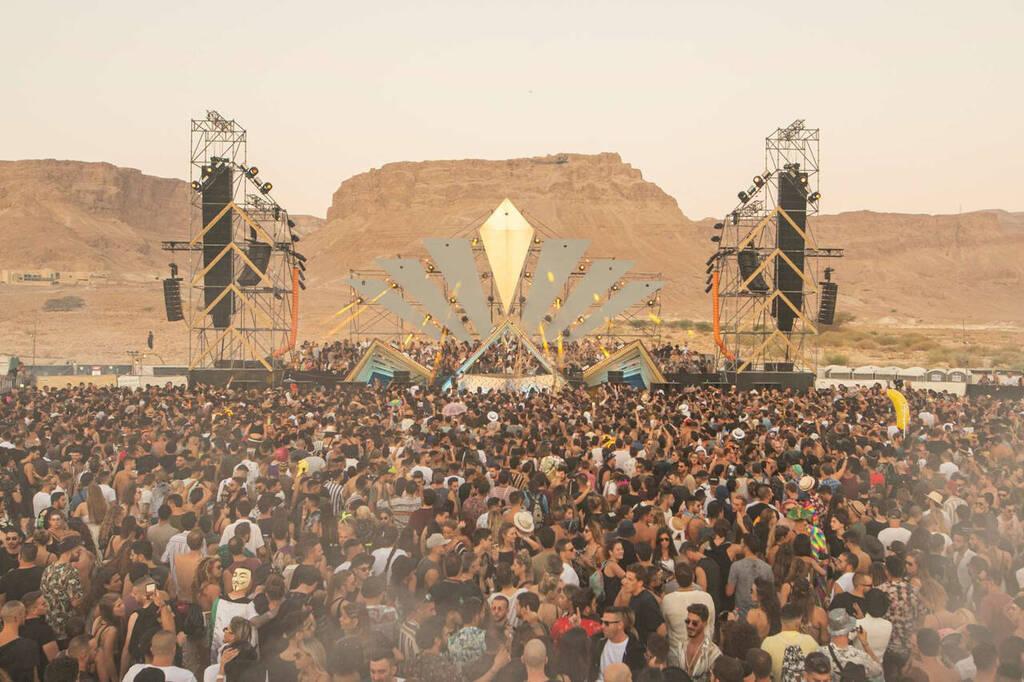 After a year of stop because of the pandemic, Damian Lazarus‘ own party Day Zero Masada is set to return in the Dead Sea in September.

Day Zero has been synonymous with new beginnings since its glorious inception in Mexico’s Mayan jungles in 2012. Since then it has gone on to become one of the world’s most heralded events, combining incredible physical locations, groundbreaking production, and world-class musical performances, anchored by its founder, Damian Lazarus.

The stunning and ethereal presence of the natural surroundings, combined with the pulsating positive energy of the assembled crowds, will provide the perfect atmosphere to welcome the birth of a new and spiritually beautiful tomorrow. – Day Zero

In 2021 as we emerge into a new era, Day Zero will return to the Dead Sea and the historical and ancient mountain of Masada for an event like no other. Expanding to two unique nights, revelers will come together, dance under starry night skies, and observe the sunrise over Biblical mountains and the Dead Sea; Day Zero, presented by Crosstown Rebels & The Tripping, will again deliver a once in a lifetime chance to celebrate a new beginning.

My idea was to kind of veer it away from the Judaism and get in connection with the Bedouin tribes and the wandering nomads of that area – people who have kind of traveled across the Dead Sea for thousands of years. That’s essentially how I thought Masada was the best possible follow-up to working with the Mayans in Tulum. – Damian Lazarus talking to Billboard about the 2019 edition of the festival

It is with the soundtracking of this new chapter of humanity in mind that Lazarus has charted the event’s two-day journey through the outer edges of global dance culture. Heroic DJ sets and mind-bending live performances will continue to push the Day Zero sonic ethos forward in one of the world’s most beautiful locales. Damian will be joined by the scene’s biggest players like Belgian techno superstar Charlotte de Witte, the illustrious Luciano, All Day I Dream icon Lee Burridge, and Life and Death’s DJ Tennis together with Carlita, Detroit’s next-generation leader DJ Holographic, and Spanish house maestro Dennis Cruz. Progressive icons Sasha and Nick Warren will also make their Day Zero debuts.

Of course, Day Zero favorites will make their much-anticipated return to the fold, with standout performances from DJ Three, Francesca Lombardo, Audiofly, Serge Devant, Chaim, plus Diplo’s Day Zero debut following his stateside co-release of Damian’s ‘Flourish’ LP on his upstart Higher Ground imprint. Get Lost alumni Goldcap and Nico Stojan will also make their trek to the desert for their first Day Zero event.

Live electronic exploration will also be on full display at Masada, featuring the likes of new-age electronic giant Jan Blomqvist, jazz-inspired Dutch brother duo Parallels, and newcomer Miraclis who is set to showcase music from his debut album expected on an exciting new sublabel from Crosstown Rebels.


The location of Day Zero Masada, Dwellers of the Dead Sea

The Mountain of Masada is one of Israel’s most storied historical locations, a UNESCO World Heritage Site, that sits on the shores of the Dead Sea and traces its origins to 30BC.  Witnessing the sunrise over the Jordanian Mountains and spills across the Dead Sea, illuminating the mountain is a truly powerful party experience.

As always, Damian Lazarus and his team take the utmost care to honor and protect the sacred lands in which Day Zero takes place. The festival remains committed to its leave no trace policy for attendees, carbon emission offsetting, and sustainable event production that includes a heavy emphasis on recycling and biodegradable materials. After success as the first plastic-free music event in Israel during its first iteration, guests can expect a continuation of this tradition for 2021.

The Day Zero mission remains clear and consistent: to produce the world’s most celebrated festival in sought-after locations of sheer natural wonder. It is with an elevated understanding of total rave immersion that Damian and his renowned team of producers, performers, and artists push into the next chapter. Crosstown Rebels will once again team up with The Tripping Productions to create an event at the confluence of nature, artistry, and technology for the ages.

Over the years Day Zero has hosted an incredible selection of artists in the most exotic locations. In January of last year, Day Zero landed in Tulum with a massive seventeen-artist lineup. Day Zero is intended to connect modern dance music crowds with ancient cultures through music, location, and the intersection of the two.

Tickets are now available via this link.