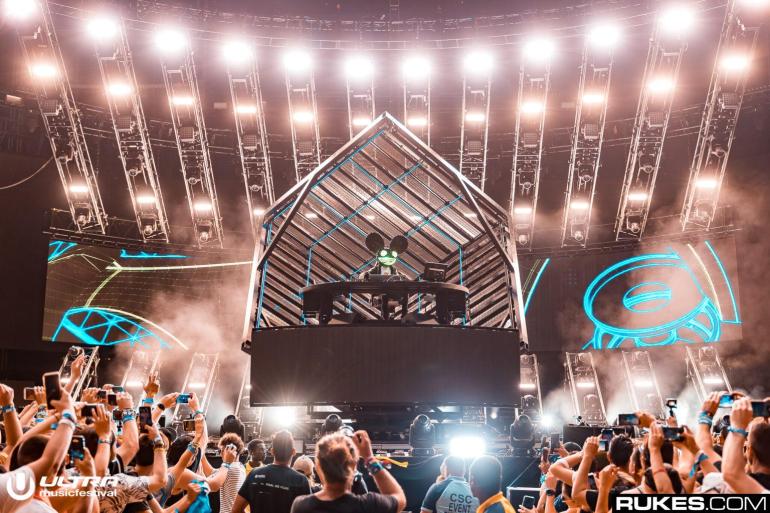 With less than 100 days until Creamfields UK, one of the most anticipated performance came from Deadmau5. The Canadian superstar will bring, besides his famous mouse helmet, his massive new Cube v3 Live Production.

The Cube Live Production started in 2009 with the very first version. Ove the years, technology and live performance concepts have evolved bringing in 2019 the cube on its v3. With a level of production similar to Eric Prydz holographic show, Deadmau5 Cube v3 features a massive DJ booth built as a cube covered by led walls. The visuals are generated in real time and controlled by Deadmau5 himself inside the cube creating a never-seen-before show. The technology pushes the limits of what is possible; it requires endless banks of processing units used to render the visuals, massive screens and LED lights that back the installation.

Deadmau5 Cube v3 Live Production will provide an audio-visual experience like no other. Creamfields will be the one and only festival in the UK that will see Deadmau5 in his Cube v3.

The Cube v3 Live Production has been premiered during Ultra Miami; since then, no organizations have hosted Deadmau5′ show, making Creamfields, again, one of the leading festivals in the world.

This year Creamfields UK will host an enormous number of artists and stages. From the return of the Swedish House Mafia and Calvin Harris to Eric Prydz legendary show, Creamfields UK 2019 is for sure the biggest dance music festival on the planet.