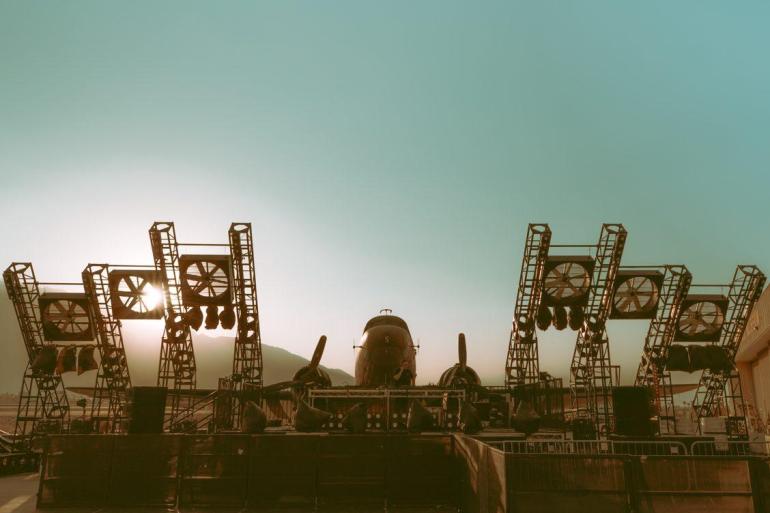 The California desert has long been a haven for artists and outcasts, a place to get away from prying eyes, unwind, and lose yourself in wide skies and horizons. With the debut of Desert Air this December, Palm Springs is being reclaimed for a new generation of adventure seekers, establishing a new legacy for electronic music in the Mojave.

Desert Air, presented by Splash House and Goldenvoice, will bring internationally renowned DJs and genre explorers to one of North America’s most unique open-air venues. Aside from its industrial hangars and historic aircraft, the Palm Springs Air Museum will host festivalgoers against the backdrop of the iconic San Jacinto Mountains and desert landscape.

The lineup and artists involved.

Befitting a desert escape, attendees will have the convenience of resort-style accommodations and a site situated just minutes from the heart of Palm Springs. At Desert Air package partner hotels The Saguaro and Renaissance, expect a crowd of like-minded people.

Desert Air is presented by Goldenvoice (Coachella‘s organizers) and Splash House, the first multi-weekend festival series in Palm Springs, which debuted in 2013 and brought cutting-edge electronic music to the city.

Pricing and more info are available at desertairfest.com.

To enter the venue, proof of full vaccination will be required. Based on the ever-changing circumstances, the festival’s Health & Safety policy and FAQs HERE have been updated in consideration of our fans, artists, and event workers. Plans and mandates may change in the future. The page will be kept updated as more information and developments become available as the festival approaches.