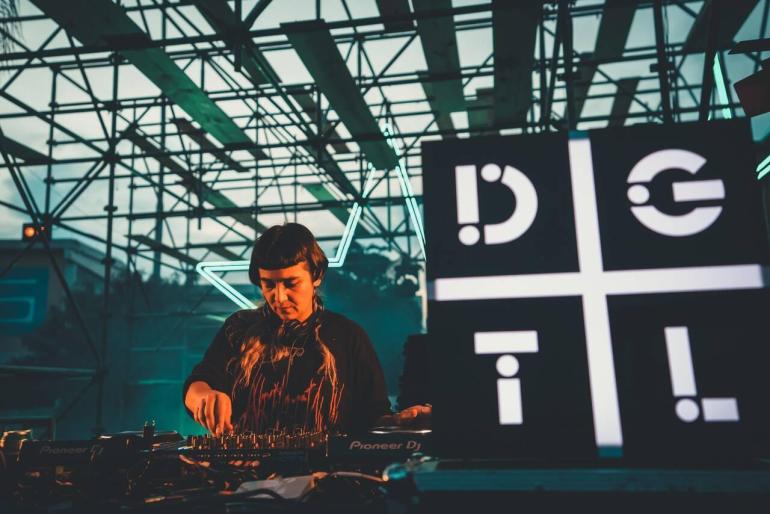 The line-up includes Amelie Lens, I Hate Models, The Blessed Madonna, Innellea and many more

The long-awaited start of DGTL São Paulo‘s new era has arrived. The festival will be held at the Anhembi Pavilion in São Paulo on April 9, 2022, under the new direction of Du Serena, Edu Poppo, and Silvio Conchon, all of whom are well-known promoters in the Brazilian market.

The complete line-up for the Brazilian edition of DGTL festival is now available online, with tickets going on sale at 12 pm (BRT) / 4 pm (CET) / 10 am (EST) on Tuesday, December 14th.

Making her hotly anticipated debut for DGTL São Paulo 2022 is none other than ‘techno phenomenon’ Amelie Lens, with an exclusive, one-stop-only visit to Brazilian shores. The Belgian DJ and producer has quickly risen to the top of the industry in just six years, and her set promises to raise the roof of the Anhembi Pavilion. Another major player on the global dance music scene, The Blessed Madonna (USA), who performed at Circoloco São Paulo 2019 and now returns with even more force to shake the hearts of electronic music lovers with her track “Marea,” which went viral during the pandemic with her message of resilience and hope, is doubling up on the headliner heavyweight status.

Innellea, a German DJ and producer, makes her debut in São Paulo as one of the festival’s most exciting new names. Innellea is one of the most well-known artists in the melodic techno genre, having released on renowned labels such as Afterlife and Diynamic and putting out excellent work both in and out of the studio. Jan Blomqvist will perform an emotional live set, which will be streamed via the legendary dance music video channel Cercle, making the stage of DGTL 2022 truly unforgettable.

I Hate Models, a French DJ and producer who made his debut on Brazilian soil, has piqued the interest of the global underground scene and is more than ready to make his mark on the São Paulo circuit. He is as eclectic in his productions as he is in his performances, with releases on major labels such as Khemia, ARTS, Voitax, T/W/B, and Pls.uk. Cashu, Dax J, Denis Sulta, Gerd Janson, Klangkuenstler, Len Faki, Melanie Ribbe, SPFDJ, and Suze Ijó & Fafi Abdel Nour are among the other international artists on the bill.

Mathame talks about their new single ‘So What’

Local Brazilian artists are on the line-up as well.

Brazilians are also expected to show up in force for this historic event. Mau Mau, a veteran who leaves his indelible mark on the dancefloor wherever he goes, and Binaryh, Brazil’s Melodic Techno sensation of the moment, who are responsible for the official remix of the soundtrack for the DGTL São Paulo 2022 launch video, are two highlights. Benjamin Ferreira, Junior C, Marcio S, Murphy, Ney Faustini, Pricila Diaz, Renato Ratier, Tessuto, and Valentina Luz round out the lineup. The winner of the TECHNERA contest will be given a special slot at the festival, giving an unrivaled opportunity to one unknown Brazilian artist to win the hearts of DGTL fans.

The organizers of DGTL São Paulo 2022 promise the best edition of the festival on Brazilian soil, working with the directors of DGTL in the Netherlands. Ticket sales will begin on Tuesday, November 14th, through Ingresse. So, don’t forget to follow DGTL São Paulo’s official Instagram to stay on top of everything.

Are you ready for a completely revamped DGTL with the biggest, brightest and best stars from the Techno and House universe? For more information, keep an eye on the event’s official social media accounts or visit the official website page.