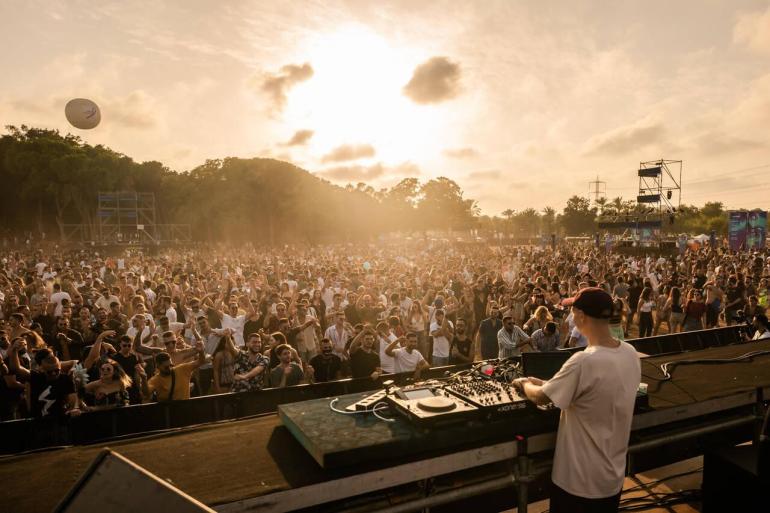 As the world opens up, Israel’s music community is excited to welcome back global festival giant DGTL for DGTL TEL AVIV, the country’s most successful electronic festival. On Tuesday, May 11th, tickets for the highly anticipated September 21st event will go on sale. Register here for pre-sale.

The grandiose, four-stage event will take place in the heart of Ganei Yehoshua Park for the fourth time in five years, with the first wave of performers set to be announced soon. The organizers of DGTL TEL AVIV have spent hours curating a world-class lineup of artists that promises to showcase the best of Israeli and international talent in front of a crowd of 20,000 music fans.

Local pioneers Future Memory will also present innovative local art programs and jaw-dropping levels of light and sound production at DGTL TEL AVIV. Since its inception in 2018, the event has received widespread praise from both music fans and national and international media, thanks to its collaboration with the Tel Aviv Yaffo city council. DGTL TEL AVIV has quickly established itself as the sparkling jewel in Tel Aviv’s glittering nightlife crown, joining a select group of cities that have hosted DGTL events, including Amsterdam, Bengaluru, Santiago, So Paulo, Barcelona, and Madrid.

The festival brand’s internationally renowned, award-winning reputation for producing fully circular, sustainable large-scale events with minimal environmental impact will also be embraced by DGTL TEL AVIV. DGTL has refined and honed an incredibly ambitious climate-conscious plan to become fully circular in as many areas as possible over the last nine years. With Covid preventing them from presenting the 2020 Amsterdam edition, which would have been the world’s first circular dance festival, it’s clear that the DGTL team is now actively pushing for the rest of the world to take note of their findings and put them into practice, including the 2021 Tel Aviv edition. DGTL TEL AVIV will maintain a strong focus on the five DGTL sustainability pillars of food, energy, resources, mobility, and water. DGTL TEL AVIV will offer a plant-based food menu, a cashless environment, and work with a hardcup system, among other things, as part of its ambitious plan to follow in the footsteps of DGTL Amsterdam.

In an inspirational, David Attenborough-esque video, DGTL’s ambitious goal to usher in a new era in circular sustainability for the music event industry and beyond is perfectly captured. The video encapsulates not only the sense of infinity that the current climate conversation highlights, but also a sense of hope for the future, of our ability to change the course of events. DGTL sees change coming from thousands of different events around the world, not just from their own events in Tel Aviv and beyond.