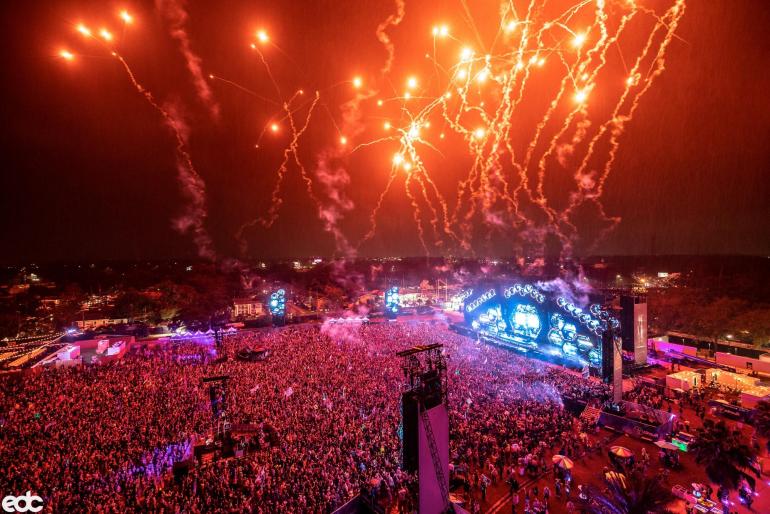 After an impressive 25th edition in Las Vegas, Electric Daisy Carnival EDC is ready to return to Orland for the 2021 edition. This year, Electric Daisy Carnival, EDC Orlando marks the 25th anniversary; the festival will take place at the Tinker Field, Camping World Stadium from this Friday, the 12th until Sunday, November 14, 2021.

Electric Daisy Carnival has always been at the upfront when it comes to video live stream. Just some weeks ago, EDC has live-streamed the whole Las Vegas festival on YouTube, including every single stage. On top of that, a new format has been introduced; Roblox metaverse has welcomed the digital version of the festival. A digital copy of the festival was available via Roblox and fans have been able to listen live every performance from the festival ground inside the game.

Even if the Roblox world seems still available, there’s no info about a possible live stream for EDC Orlando 2021. In 2019 (2020 edition has been canceled due to Covid19 pandemic) Electric Daisy Carnival EDC Orlando has been live streamed through Insomniac Radio. Selected artists and performances were available audio-only.

As usual, we’re going to update this article once new information comes out. In the meanwhile, you can find Insomniac’s Radio stream below.

You may have a look at the Insomniac TV channel for a possible live stream.

The official opening time of Electric Daisy Carnival, EDC Orlando 2021 is set for 1 PM. Nevertheless, we suggest being on the festival ground before 5 PM to avoid missing the opening ceremony. As seen in Las Vegas, this year EDC has planned an incredible drone show that, paired with lights and music, is going to be an outstanding experience.

The first day of EDC Orlando is already packed with huge names from early hours. Before the opening ceremony on the Kinetic Field, starting at 4.10 PM, Morten will deliver some serious future rave. If you’re more into house and techno, Factory 93 will host the Neon Garden stage. At 5 PM Patrick Topping will take the controls for two hours set. If you’re like us, you won’t leave Neon Garden as from 7 PM Hot Since 82 will deliver some serious beats. Closing from 9 PM until 12 AM, The Martinez Brothers will play a back-2back set with Michael Bibi.

At the same time, at Circuit Grounds, Zedd is going to close the stage from 10:45 PM. Before him, starting at 9:25 PM, NGHTMARE b2b SVDDEN DEATH is planned for the same day.


Don’t forget to hop at the Kinetic Field at 6:38 PM, 7:53 PM, 9:08 PM, and 10:24 PM for some special shows. These exclusive visual and musical experiences will be repeated along all three days so, you most likely have all the time to join them but we suggest planning them in advance to avoid missing them.

On Saturday, Electric Daisy Carnival, EDC Orlando 2021 makes things even more interesting. Dreamstate will take over the Stereo Bloom stage with an exciting lineup. From 6:15 PM Grum will heat things up. You’ll be listening to some proper progressive-trance sounds with Cosmic Gate, Paul Van Dyk, and Markus Schulz until closing. A performance you can’t miss will be at Neon Garden; from 5 PM for the following hour and a half, Eli Brown will take the controls of the stage. At 9:30 PM, always on Neon Garden, Green Velvet presents La La Land. I would come back to Neon Garden between 11 PM and closing as a massive b2b2b2b2b2b set is planned.

Maybe house and techno music is a bit soft for you. EDC Orlando has you covered on the Circuit Grounds with DJ Diesel from 8 PM and Excision from 11 PM till closing.

On the Kinetic Field, for a sunset special set, Tchami will deliver some serious beats. At 9:11 PM, after The Flow of Life show, Galantis will take control of the main stage for an abundant hour.

Last but not least, as Insomniac Radio will take over the Stereo Bloom stage and some serious act will turn the consoles. Scheduled for Factory 93 hosting Neon Garden, Ida Engberg from 6 PM followed by ANNA, Amelie Lens, and Nicole Moudaber.

At the same time slots, if you need some serious bass house, Circuit Ground presents Ekali from 8:05 PM and Jauz immediately after.

On the main stage, at the Kinetic Field, you definitely can’t miss the Kygo sunset set from 5:28 PM. From 11:58 PM, the closing ceremony will end this year edition of Electric Daisy Carnival, EDC Orlando 2021.