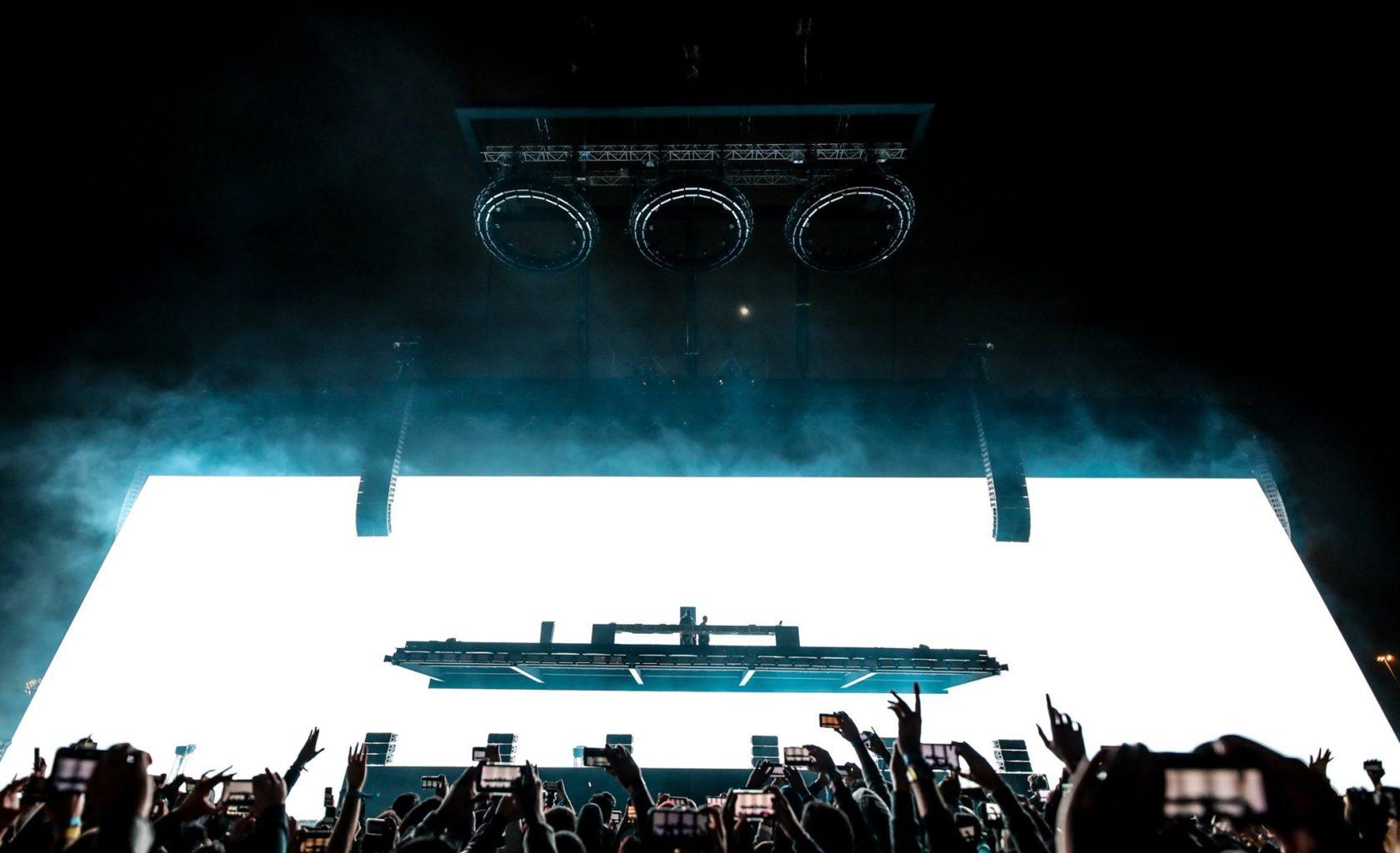 Some weeks ago Swedish House Mafia have performed in Saudi Arabia as part of Diriyah season. The concert wasn’t part of the tour that has seen the trio performing all around the world starting in Stockholm in May of last year. Nevertheless, Axwell, Ingrosso, and Angello have showcased their massive concert production for the Saudi Arabia performance.

We reached out MediaPro International that was appointed by Live Nation Middle East to deliver a turn-key technical production for Swedish House Mafia’s concert on the 14th of December as a part of Diriyah season. They’ve explained to us how they were able to recreate the DJ’s original build as per the Tele 2 Arena show held in May 2019.

The production in details

Starting from the massive 56 meters wide and 15 meters heigh Unilumin ULS 5.95mm LED screen, it was the main backdrop of the event. The huge LED screen is the first thing your eyes capture during the concert as the artist showcased stunning visuals on it. Everything was controlled over 4 x D3 4×4 Pro & 1 x Analog Way Aquilon RS4 with 4 x 4K 60 Hz output.

To provide the ultimate visual experience for the attenders MediaPro International lined up 91x Robe Mega Pointe on the top edge of the LED screen with 10 x ClayPaky Sharpy Wash 330 for the 3 DJ’s and 16 x Clay Paky Scenius Profile as floor package and hung for the backlight.

Because the open field where the stage has been built, the rings were loaded with 157 x GLP X4 Bar 10 and 50 x GLP X4Bar 20 with 56 TMB Solaris Flare. 102 EK Color Ranger Q27 were also part of the rings to deliver the overall wow factor.

Such an incredible production wouldn’t work without the proper control room; 2 x Grand MA2 full size & 1 x Grand MA2 lite desks were used by the lighting designers to create their magic with.

MediaPro International is a technical production and rental company providing innovative event technology and creative design solutions to events marked. Founded in the UAE in 2004 it evolved into one of the most successful and largest full-service technical event solution companies within the Middle East region.

The company takes care of everything regarding building up stages for events; from audio to video, lighting, power, automation, rigging and more, MediaPro International takes care of the creative parts with concept and design if needed.

Health and safety have been considered over the year a core operational process for MediaPro International. The company is committed to continual improvement to ensure the highest possible standards of health and safety during all the production processes.

The team behind the concert