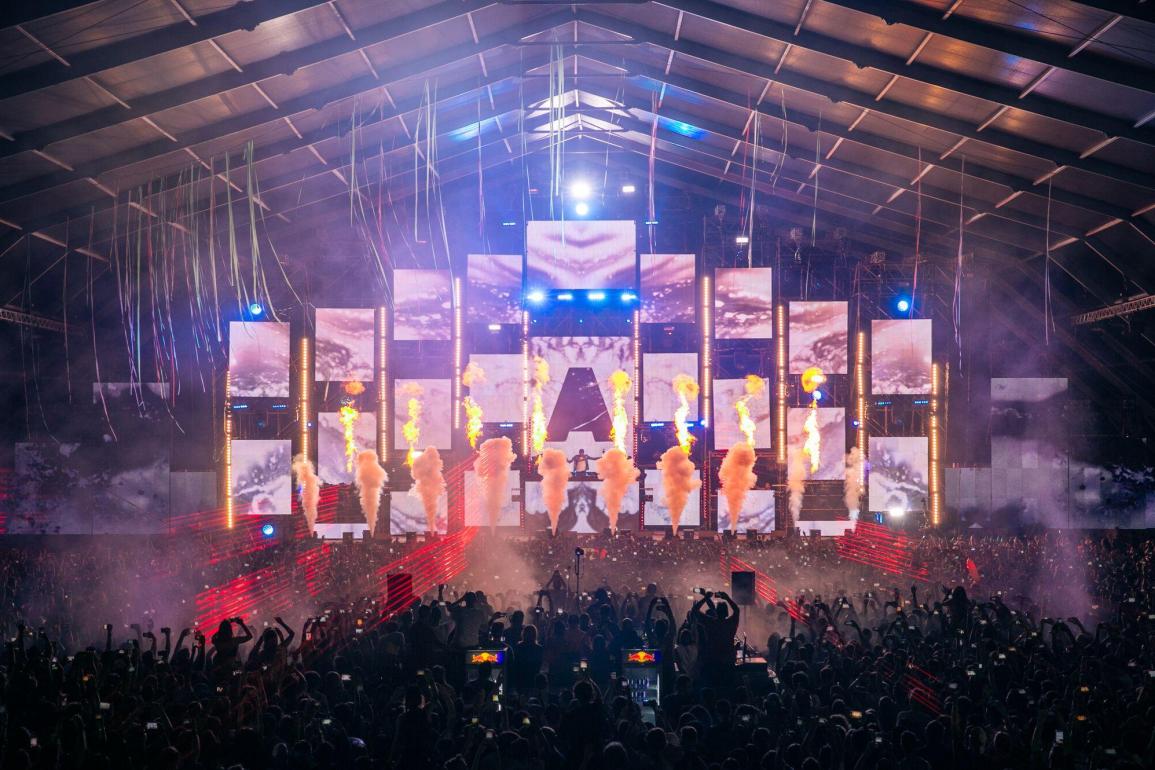 [vc_row][vc_column][vc_column_text]Established in 2013 by a group of entrepreneurs from northern Italy, Nameless Music Festival has rapidly grown up his fame all over the country. This year’s edition was the biggest ever, featuring a multicolored lineup which spaced from the most appreciated Italian acts such as SDJM and Havoc & Lawn to internationally acclaimed artists as Steve Angello, Axwell Λ Ingrosso and Armin Van Buuren.

However, what makes NMF so special isn’t the lineup: it’s the location. Placed in a valley surrounded by mountains (Valsassina), this festival is undoubtedly unique. Furthermore, it’s just at 20 mins from the beautiful lacustrine city of Lecco.

[/vc_column_text][/vc_column][/vc_row][vc_row][vc_column][vc_column_text]The 45,000 m² area hosted the covered mainstage, the Molinari Igloo – a smaller stage dedicated to tech-house – and the Radio 105 Stage, which was home to some of the most famous Italian hip-hop acts. Amongst many artists, the Igloo welcomed the well-known Format:B and Ben Pearce.

We had the chance to visit Nameless on Friday 1st and Saturday 2nd, enjoying Axwell Λ Ingrosso and Steve Angello’s closing sets. Due to the fact that the duo had to play in Poland at 11 pm on the same day, their set has been anticipated to 7 pm; but we’ll get there later.

[/vc_column_text][/vc_column][/vc_row][vc_row][vc_column][vc_column_text]This year Nameless introduced electronic ID bracelets, so the first thing to do when arriving at the festival was to swap the printed ticket with a bracelet. As an accredited press operator, I just needed to pick up the ID from a separated desk.

Once you got your bracelet, all you got to do was getting in line for the security check, and then you were able to enter the festival. The ID also worked as a token wallet which you could recharge at specific desks.

[/vc_column_text][/vc_column][/vc_row][vc_row][vc_column][vc_column_text]The first act to open Nameless 2018 on Friday was one of our favorite duos, who we already interviewed in the past, Havoc & Lawn. Unfortunately, we weren’t able to arrive in time for their performance, but we managed to catch them on Saturday at the Igloo stage, delivering their dose of techy vibes. Former “WeAreGroovers” members Simon De Jano & Madwill (now known as SDJM) delivered a DJ/live performance with Simon playing a keytar; the show was very enjoyable, but as a long-time fan of them I miss their club weapons such as “Temptation”.


Future house knights Lucas & Steve delivered an energetic set, but personally, I didn’t appreciate the excessive linearity of it. When Salvatore Ganacci took control of the Mainstage, then it was the first time I joined the dance: Don Sal delivered one of the most entertaining sets I’ve ever listened to, playing some unreleased bombs (“Greyhound” – Garmiani remix and his edit of “Antidote”) and delighting us with his crazy dance moves. The topical moment was when he screamed the names of famous Italian football players (“Roberto Baggio!” – “WOOOOO”), ending with former Prime Minister Silvio Berlusconi.

The following artist was Kayzo, but Groove Cartel is not interested in Bass Music so I managed to rest my legs for an hour and getting ready for Don Diablo. We all know that Don is one of the most appreciated DJs in the world, not only because of his music but also because of the way he behaves with the fans. The Dutch played all his stuff and satisfied me, despite all his productions from two years now sound too similar.[/vc_column_text][/vc_column][/vc_row][vc_row][vc_column][vc_column_text]Finally, the most awaited act of Day 1 joined the madness: Steve Angello. The Swede played a renewed set filled with some IDs (“Sentido”), new edits (the beautiful “Aphrodite vs. Hey Now”) and music from his “HUMAN” album. His set was undoubtedly one of the most appreciated ones, and it featured the most touching moment of the weekend:

[/vc_column_text][/vc_column][/vc_row][vc_row][vc_column][vc_column_text]Saturday also had some pretty interesting guests, such as D.O.D, who delivered his daily dose of Future Jack – including his unreleased collab with NEW_ID. Closing with “Strobe” was a classy move before leaving the stage to Axwell Λ Ingrosso, who played their classic set, including the brand new ID “Dancing Alone“. To be honest, I always expect something more from the Swedes, so this performance didn’t arouse my enthusiasm, also because of the sunlight which did impact on the visuals’ efficiency.

[/vc_column_text][/vc_column][/vc_row][vc_row][vc_column][vc_column_text]Unfortunately, I wasn’t able to remain for the third and final day. The only Groove attraction of the day was Sunnery James & Ryan Marciano: I managed to watch part of their set via Facebook Livestream, and they totally nailed it. The crowd was on fire, and James did his best work ever as a vocalist. The Dutch duo was then invited back to the mainstage by Armin Van Buuren when he played “You Are”. The Trance legend closed the festival in a great way, delivering what a lot of people defined as “the best set of the weekend”.

In the end, we can firmly confirm Nameless Music Festival as the leading EDM event in the Italian peninsula, not only because of its’ location, its’ variegated lineups, its’ good spaces’ organization and the affordable pricing, but also because of the familiar atmosphere that you can breathe when walking through. If you’re planning a trip to Italy in the first week of June, NMF is an experience to consider.[/vc_column_text][/vc_column][/vc_row][vc_row][vc_column][vc_message icon_fontawesome=”fa fa-handshake-o”]We want to thank Nameless Music Festival and WordsForYou Agency for welcoming us.[/vc_message][/vc_column][/vc_row]