20,000 people per day will party across five bespoke stages with tens of world-class superstars at this year's epic Halloween event on Saturday, October 30th and 31st. 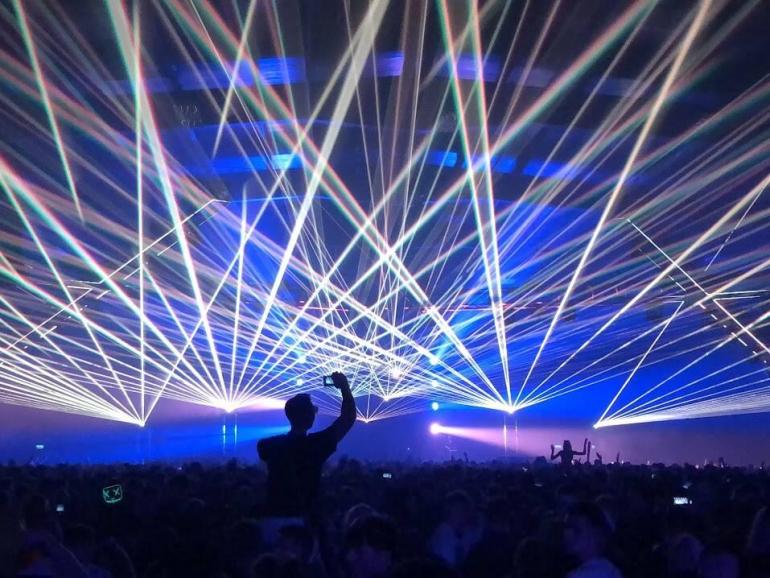 The wait is almost over after many painful delays. It’s almost time to establish a new standard. Scottish nightlife has re-opened, and Terminal V is set to again prove why it is such a game-changing event.

Terminal V, which was previously a one-day event, has expanded to include two full days of partying, which is an exciting and rewarding move for the thousands of music fans who have missed out on 18+ months of festivals and nightlife. 95% of tickets have already been sold, so visit www.terminalv.co.uk to secure your spot at this historic event.

Terminal V never gave up despite the fact that it had been a difficult year for everyone. After throwing some of Europe’s most daring and adventurous parties in recent years, the team has spent the pandemic putting together a comeback event unlike any other. Terminal V Halloween will have an extra special sense of magic in the air, as well as a blistering soundtrack from a true who’s who of the modern underground landscape, as it is the first supersized event in 18 months. With so much time to plan this massive bash, expect next-level immersive lighting, mind-altering visuals, and unique themed production to turn this into a spooky nocturnal adventure.

In recent years, Terminal V’s attention to detail and commitment to providing an experience unlike any other has set them apart. Despite a pandemic sandwiched between these now-iconic seasonal events, Terminal V’s events have grown in capacity from 2000 (one day) to 40,000 (over two days) in just four years. The raw, vast warehouse spaces that make up the site at The Royal Highland Centre and showground in Edinburgh’s outskirts have truly become home to these epic events.

You can be sure that no festival in Europe compares to a Terminal V event in terms of grandeur and sensory stimulation, and that will be the case this Halloween.

The fact that Nina Kraviz will close the biggest stage, Area V, in blistering fashion on Saturday and Amelie Lens will close it with a bang on Sunday is just one of the many highlights. There are also a few tantalizing B2Bs, including Ben UFO x Helena Hauff, the high-energy, much-loved US duo Eris Drew & Octa Octa, unrelenting techno terminators Marcel Dettmann and Detroit’s DJ Stingray 313, and contemporary festival favorites Alan Fitzpatrick and Rebuke, who will be performing for only the second time.

We’ve spent the most part of the past 18 months working with artists, and management rescheduling the event numerous times, yet further building the festival site , stages and lineup. It has been amazing to see our customers standing by us throughout these unprecedented times, keeping hold of their tickets and allowing us to ensure the event takes place in the months ahead. That has given us even more drive to deliver the very best event we can. – Terminal V’s Derek Martin