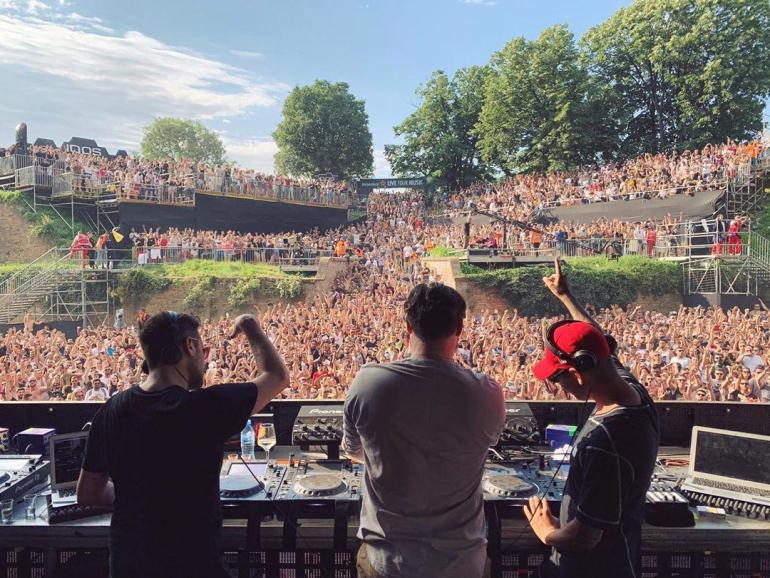 Solomun brought his +1 party at Exit Festival 2019 inviting the legendary Italian duo Tale Of Us. Dyinamic‘s head honcho and Aferlife‘s bosses took over the Serbian festival delivering a once in a lifetime experience.

This b2b is not new to the veteran fans of the three DJs. The last appearance happened in Milan, some month ago, during Tale Of Us’ Afterlife party. This time luckily, the entire set has been live-streamed and you can now enjoy more than 2 hours and half of pure techno music.

As you may expect, the set is packed of IDs; from intergalactic melodic journeys of Tale Of Us to the soothing vibes of Solomun, their performance at Exit Festival 2019 is a rollercoaster of feelings.

With its 19th edition, EXIT Festival has imposed itself as one of the most important events of the European festival season. More than 200.000 people attended the festival, 56.000 only the first night. The incredible Petrovaradin Fortress has welcomed artists from the lights of Maceo Plex, Amelie Lens, The Chainsmokers and many other.

The festival has launched a lot of important initiative as the “Izgradimo vrtiće zajedno” (“We build kindergarten together”) by Novak Djokovic Foundation and EXIT Foundation. Yoko Ono took part at the festival too with an installation about peace on earth.

If you want to know more about the legendary Solomun and Tale Of Us set, EXIT Festival’s initiatives and more, go over the festival’s official website here.