[vc_row][vc_column][vc_column_text]Will these speculations ever end? That’s the question everyone asking about the supposed Swedish House Mafia 2019 tour.

After the reunion at #Ultra20, billboards appeared in Miami, New York, and London, Axwell and Ingrosso asking to the crowd if they are ready for a Swedish House Mafia Tour in 2019 and Steve Angello closing every set since a while with “Swedish House Mafia love you“, new stickers (probably fake) are added to the list.

Tomorrowland week is always full of surprise but, this time there are no hints about a possible reunion. If you’re on the Tomorrowland site right now you may have noticed some SHM stickers in the same layout of the one that has popped out recently. The three dots are replaced with the Tomorrowland logo and the date, this time, is the one off today. The problem, at this point, is that the font doesn’t fit with the one seen until now.


Swedish House Mafia stickers and a poster at Tomorrowland 2018: fake?

[May be a spoiler] Guys, anyone with info about this? from r/Tomorrowland 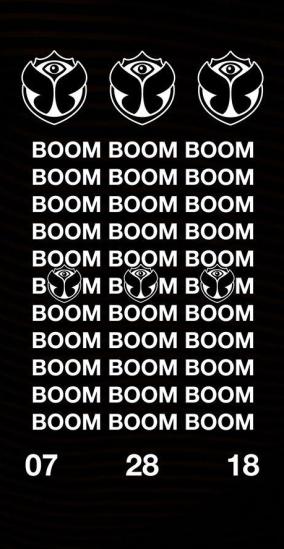 Another poster, this one as a digital image, appeared on Facebook this morning but, for this one, we are 100% sure it’s a fan made; it was made by Riccardo C. and posted at first in a private group.

“Expect the unexpected“? We don’t think so this time.[/vc_column_text][/vc_column][/vc_row]