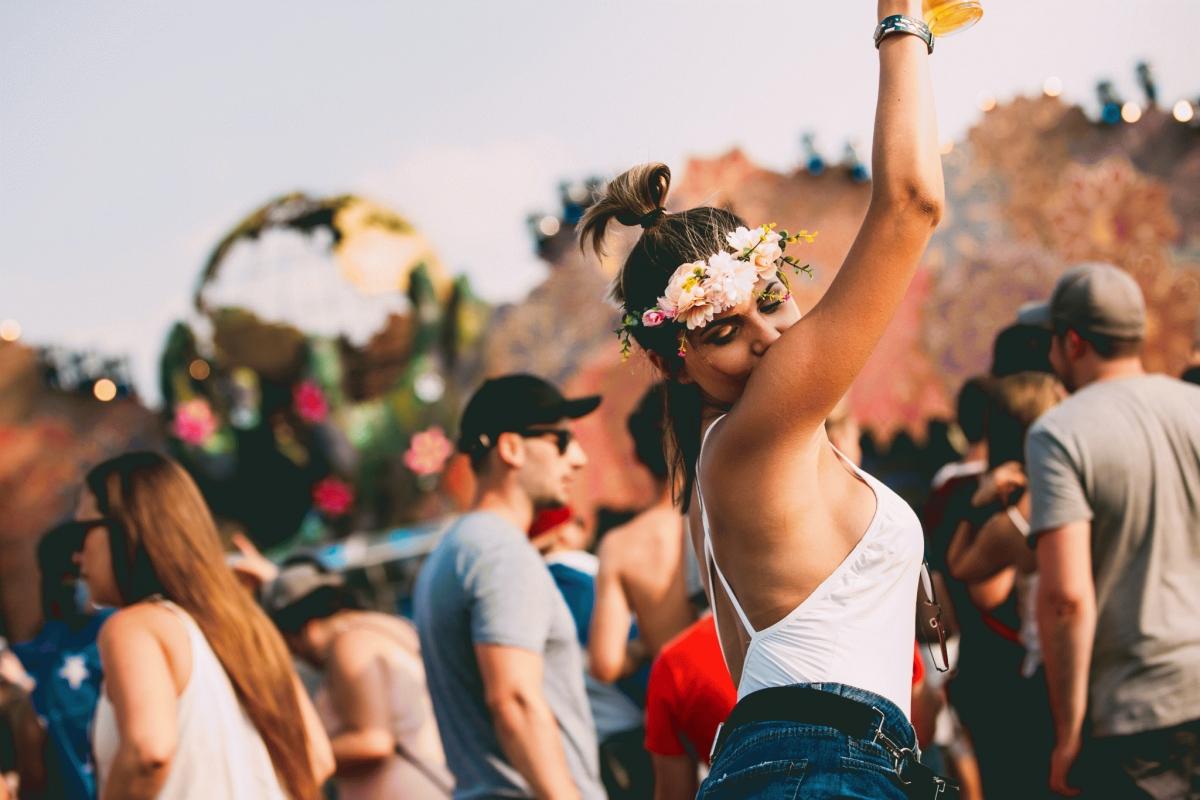 Find out which are the best European Music Festival for Summer 2019, including their lineup, schedule, and tickets.

With the end of Ultra Music Festival in Miami and the upcoming opening party in Ibiza, the summer season is at the doors. Europe is the core of electronic dance music festivals. Because the huge numbers packed between June and September, here’s a list with all the information you need to best plan your summer season.

These are the 10 Best European Music Festivals of Summer 2019.

All the festivals we’re going to describe have two things in common: amazing music and incredible locations.

Quite obvious, we know but, how not to insert probably the most eclectic music restival out there? Maniacal attention to the details and a new main theme every year make Tomorrowland one of the leading electronic dance music festivals of this Summer 2019. Tomorrowland is not just appearance; with more than 16 stages and more than 400.000 visitors in two weekends, Tomorrowland will offer you a once-in-a-lifetime experience.

This year Tomorrowland’s main theme is the return of The Book of Wisdom.

The lineup includes artists that cover almost every genre; from main room house to underground techno and hardstyle, every dance music lovers will be able to see and hear his/her idols.

Tomorrowland 2019 will take place in Boom, Belgium from 19th to 21st and 26th to 28th of July. Tickets are available here. 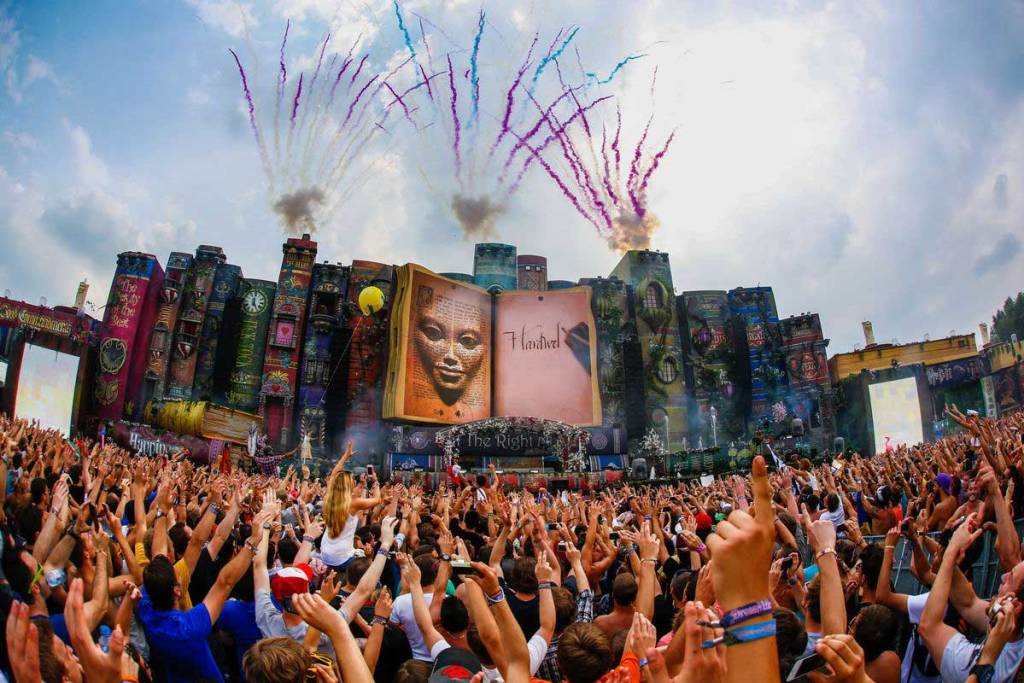 Welcome to the Future

Moving slightly from the mainstream environment, Welcome to the Future is one of that underground music festival gem you can find around Europe in Summer. Last year edition was massive so, for 2019 the festival will add a brand new stage, bringing to 8 the total number. Each stage is unique, from the music, artists, artistic direction and look.

This year lineup includes Sven Väth and Joseph Capriati, Adriatique, Sam Paganini. More than 50 artists from the house and techno scene will perform during Welcome to the Future 2019.

The festival will take place in the beautiful frame of Het Twiske, just a few kilometers from Amsterdam. It will run from 12 to 00, July the 20th, 2019. Tickets, full lineup and stages pics available here. 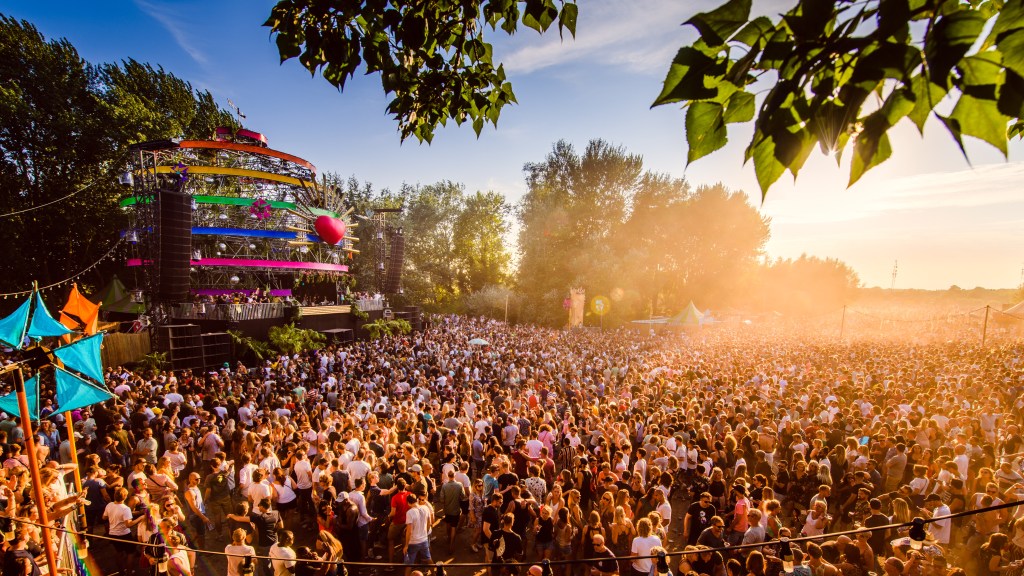 From the 4th to the 7th of July the wonderful Petrovaradin Fortress in Novi Sad, Serbia, will turn into a playground for the electronic dance music lovers. The location offers superb acoustics, allowing different stages to take place one next to another at the same time, without any sound interference. EXIT festival will host 9 different stages with almost 200 artists from a super variety of musical genres.

This year EXIT festival will have the honor to host the legendary Solomun +1 Ibiza party with a very special guest: Tale Of Us.

Besides these two techno legends, EXIT will welcome artists from the lights of Dimitri Vegas & Like Mike, Charlotte De Witte, DJ Snake, Carl Cox, the Chainsmokers, Amelie Lens just to name a few.

A 4-day pass ticket is available at the prize of € 99 and the daily ticket is set for € 39. Camping, as well as a special 4+1 ticket promotion, is available on the official EXIT website. 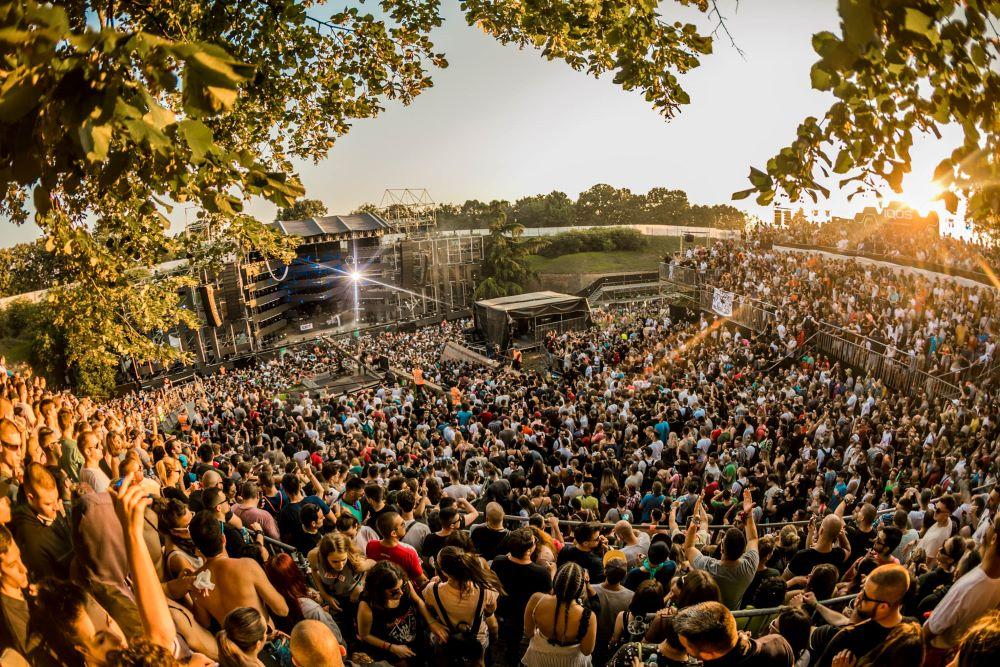 How not to talk about Ultra Europe when talking about European music festivals? Ultra Europe made its debut in 2013 as a two-day festival; over the years, it has grown becoming a Destination Ultra, 7 days of party in Croatia including opening party, the three-day festival, yacht regatta, Ultra Beach, and a closing party.

Ultra Europe festival will take place in Split Croatia the 12th, 13th, and 14th of July. With the mainstage located at the Poljud Stadium and the RESISTANCE and the other stages around the stadium area, Split will be Ultra’s home for the summer.

This year lineup includes the biggest name of the industry such as Alesso, Carl Cox, David Guetta, DJ Snake and more. Ultra Europe will also welcome Swedish House Mafia for a date of their reunion tour.

Tickets for Ultra Europe are very diversified. You can choose the standard GA or VIP 3-DAY for the festival, the VIP 1-DAY or a selection of parties from the Destination Ultra plan. GA and VIP 3-DAY tickets are available € 169 and € 369 at the moment (prizes will go up over time). For more information and to buy them, follow this link. 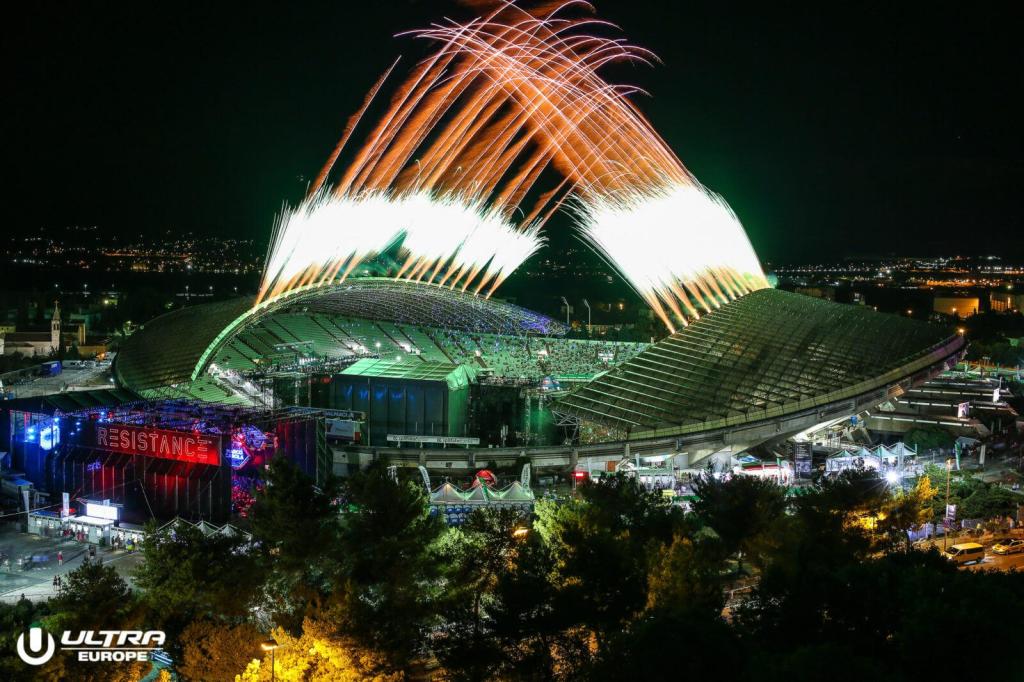 Having hosted artist from the likes of Eric Prydz, Steve Angello, Martin Garrix and lots more, Home has now reached the 10th edition. This year the festival moves from Treviso to a more central at Parco San Giuliano di Mestre, Venice, from 12th to 14 of July. Home Venice festival covers a huge range of musical genres and welcomes also visual artists, cinema and literature for a 360° arts experience.

This year lineup is packed with worldwide recognized artists such as Paul Kalkbrenner, Adam Beyer and many more.

3-day early passes are still available for € 120 as well as the daily tickets. More info directly on the festival site.

Mysteryland is Netherland’s most renowned and largest electronic music festival. Running from the 23rd of August until the 25t, the festival will host 16 unique and colorful stages. Located in the beautiful frame of Haarlemmermeer, near Amsterdam, Mysteryland features also a campsite with a dedicated stage and lineup.

2019 is one of the biggest Mysteryland edition thanks to the massive lineup. It includes Martin Garrix, Diplo, Dimitri Vegas & Like Mike, Nicky Romero, Oliver Heldens, and more.

Regular and camping tickets are still available on Mysteryland official site. Prize starts from € 67.50 for Sunday ticket to € 289.00 for the premium weekend ticket. For more info, follow this link.

Creamfields 2019 edition is for sure the biggest ever made, not only for the festival but also for the European festival culture in general. With its biggest lineup to date (over 300 artists) and the 30 stages, Creamfields UK 2019 will offer the most various musical choice ever. The festival will take over at Daresbury, Cheshire UK (in between Liverpool and Manchester) from the 22nd to the 25th of August.

Tickets are divided into standard and goal and they include all the three days of the festival or only the one-day access. You can check our full guide here. 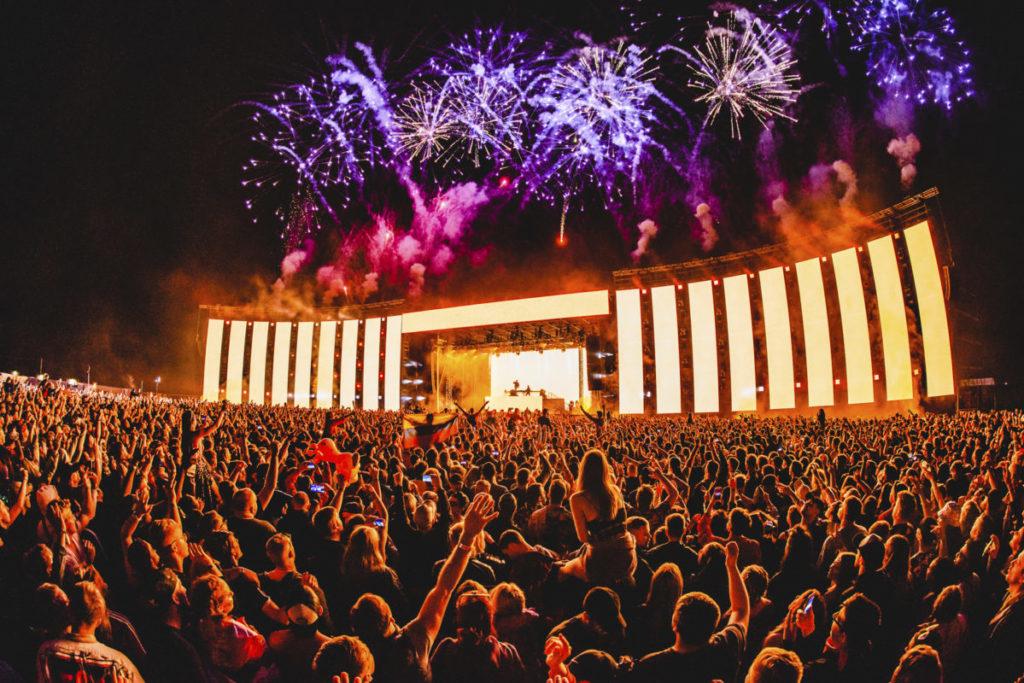 Located in the beautiful Playa de Cullera, Spain, Medusa Festival combines DJs from both the mainstream and underground worlds. In addition to the EDM and techno stars, the festival also invests heavily in artistic production with a different theme each year. This year the festival will bring you in the magic realm of Wonderland. From the 7th to the 12th of August the golden beach of Cullera will turn into dance heaven.

Tickets start at € 50 for the single day entrance up to € 210 for the full week VIP pass. Buy them now via Medusa Official website. 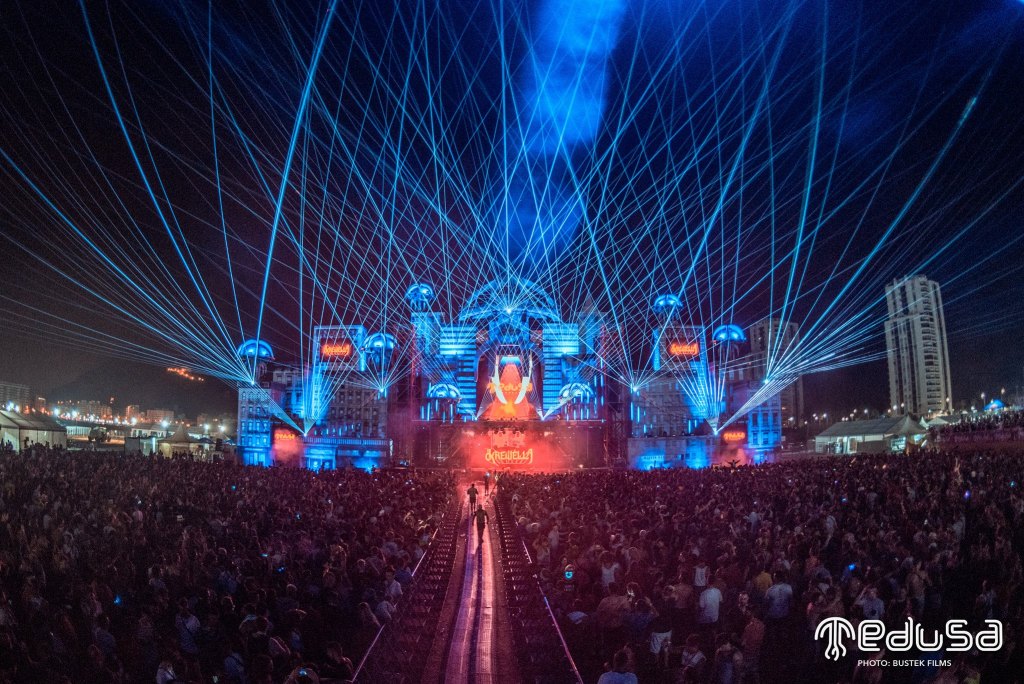 The most important Italian dance music festival as well as the one with the most beautiful location; Nameless Music Festival takes place in Barzio, Italy, with a breathtaking view of the Italian Alps. Every year the festival is bigger and better with more stages and artists. 2019 edition will see a vast lineup ranging from dance music act to hip-hop/rap and trap artists. Nameless Music Festival will run on 7-8-9 June.

Tickets start at the incredible prize of € 47 for a single day up to 102 for a VIP silver (VIP gold are already sold out). More info here. 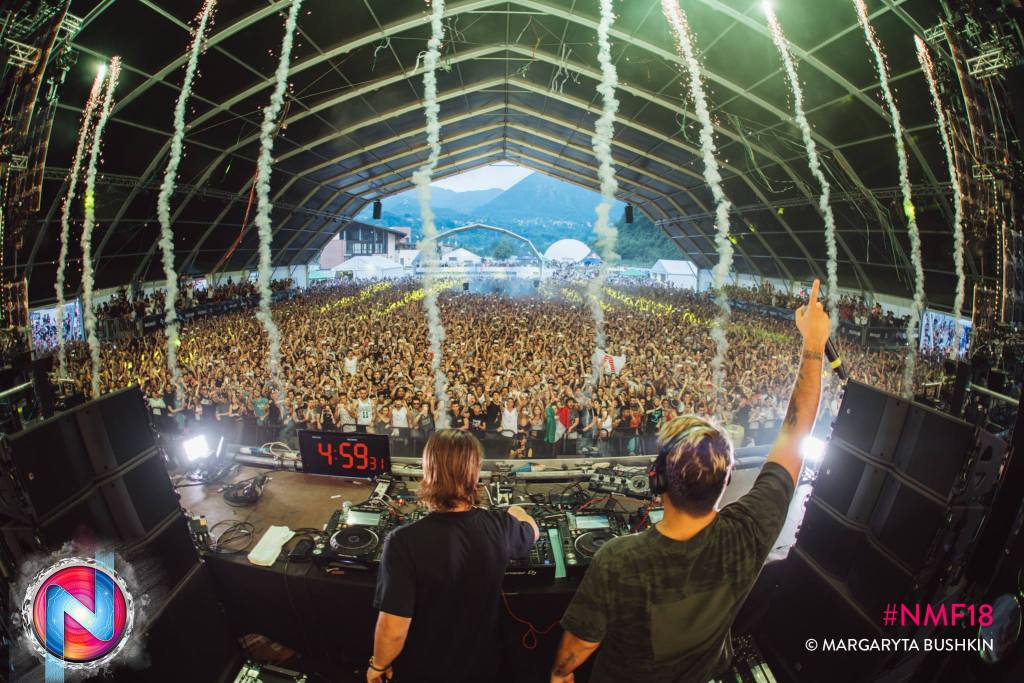 PAROOKAVILLE is Germany’s biggest Electronic Music Festival. But it’s not a conventional music festival! Instead, it’s a crazy city that awakens once a year as the world’s most festive place. 2020 will mark the 6th year anniversary for the festival that, every year, welcomes around 85.000 people.

PAROOKAVILLE’s Mainstage is redesigned each year and it topped all of Europe’s festivals in 2018 as the largest festival stage on the continent. For three nights this

Over the course of three full show days the festival features more than 200 artists that have increased to 300 for next year edition; even with its own different city districts, is set to emerge for a long weekend of dance celebration. More info.

Now, it’s up to you. Let us know in the comment section below, which festival we should add to the list. 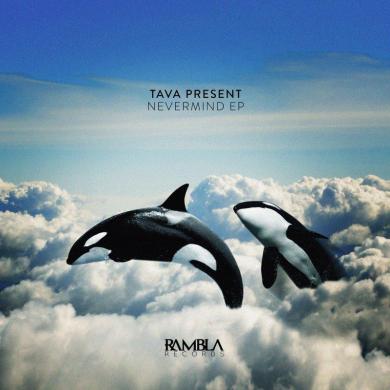 TAVA lands on Rambla Records with the melodic “Nevermind” EP
This website uses cookies to ensure you get the best experience on our website: Find out more.