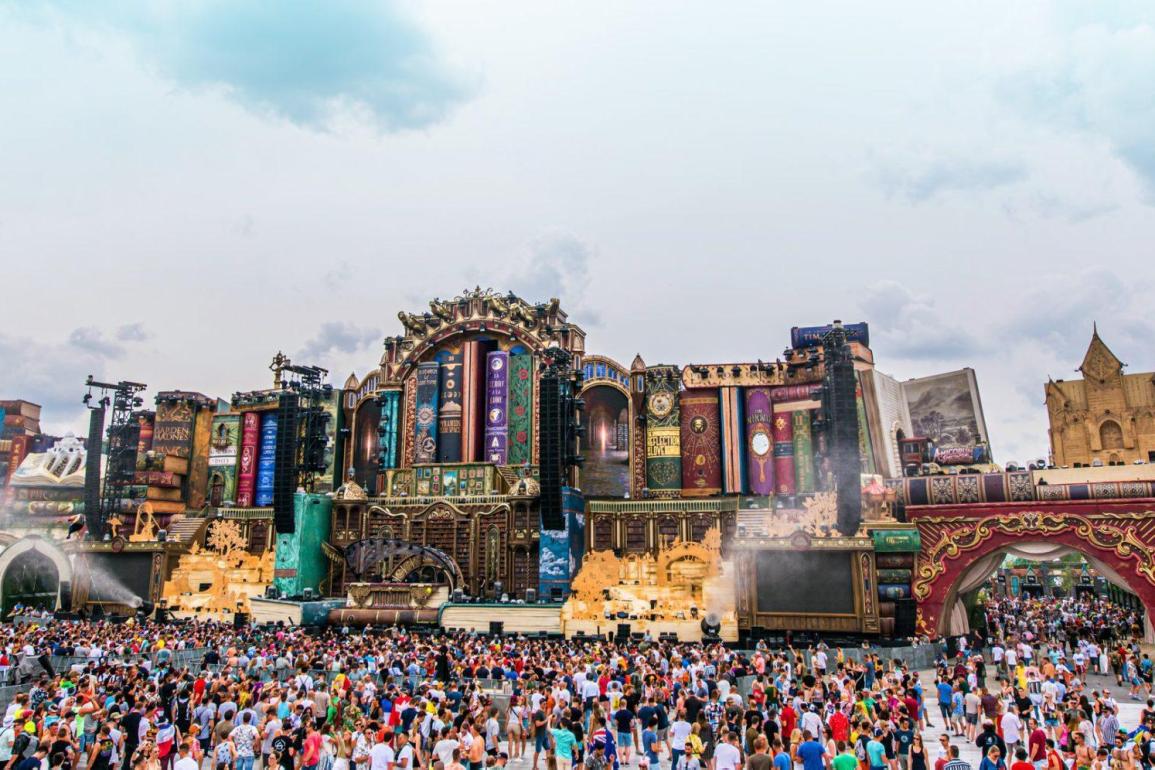 Another year, another Tomorrowland is coming (follow the live stream here). We had the opportunity to see before everyone the festival area and all the stages that will guide you through this year magic journey.

The Book of Wisdom – The Return and its library will welcome you to Tomorrowland 2019 but, more surprises are coming too. This year Tomorrowland will celebrate the 15th anniversary.

Like last year, we have prepared a virtual tour of the festival area. You can have a sneak peek on how this year Tomorrowland will look like.

You now know the drill on Tomorrowland’s fifteenth birthday. The gates of this temporary land of butterflies, flowers, and thumping beats open at noon. And then the first visitors put a joint sprint towards the same place. The Main Stage. A scenographic headquarters that is looked forward to for a whole year, and with so much detail that many festival-goers don’t get bored of it.

This year is no different. Only, the chance that you get a déjàvu when seeing these first images is very real. And normal. For the anniversary, the theme from 2012 – “The Book of Wisdom” – is back again. According to the organizer, the most iconic Tomorrowland’s year. “When was that, again? I think the year with those big books. ”

The books in 2019 are just the basis of the huge backdrop. In every corner, there are pieces that we recognize from the different themes coming from the past fifteen years, such as a train set of “Amicorum Spectaculum” from two years ago. With this smart re-build, Tomorrowland fully lives up to its self-proclaimed reputation of “green festival”. Recycling works, certainly in mosaic artwork from 15 years of Main Stages.

At the top of this fairytale-like bookcase is a brand new edition: an ode to Tim Bergling or the Swedish DJ / producer Avicii, who passed away last year. As always, the great Carl Cox can open this afternoon with a three-hour Daybreak Session.

Completely new in the brightly colored parade is the Kara Savi, a 17-meter high snail shovel straight from the world of Planaxis (you may remember the Little Mermaid underwater world of the Main Stage last year). The DJ booth takes place in the opening of the caracol, and the audience takes a big dance around it. This stage is the ultimate 360-degree experience, especially for the DJ himself.

You can sit on the mushrooms at Tomorrowland, without costing you a foam mouth and a date with a stretcher. With Youphoria a huge mushroom stage lands for the second consecutive edition in De Schorre. For the sake of the view alone, it is worth flirting with the acid in the calves at such names as Tinlicker, Anjunabeats, and Mike Williams.

The architectural work of Zaha Hadid fades into the Port House that has descended on Tomorrowland. The Harbor House has been home for years, and this edition also serves as the home of Radio Modern. Imagine an idyllic cabin that would stand out in the Zeeland coastline, where – a novelty! – a UFO has viewed the roof too closely. Wonderful!

At first glance, the Freedom stage – the dance hall in front of the Ferris wheel – seems exactly the same. But for the added value seeker: the stage itself was remarkably raised, and that can be seen subtly on the outside from the white housing. Reason: Eric Prydz is bringing a technological tour de force on Friday, with his Holosphere holograms spectacle. On Sunday, the Symphony of Unity – the Boom symphonic orchestra – will also be playing here.

The dragon that has been popping up in De Schorre for several years in a row has now come back home. From the water of De Schorre, a gigantic steel beast rises, moves, blinks, and smells of rose. The beast is called The Rose Garden and you may recognize it as the protagonist of your last fever dream.

L’Orangerie – which means conservatory in French – has moved the organization from the French Alps to the Belgian Boom. The stage was one of the tastemakers during the winter edition of Tomorrowland and is now entering the party in a slightly large form. A “stained glass window” has been incorporated into the tent walls that have a common ground with the Winter Garden – a pearl of Art Nouveau – in Onze-Lieve-Vrouw-Waver. The Magician and Benny Benassi play the dance here – frankly, we can’t imagine a better setting.