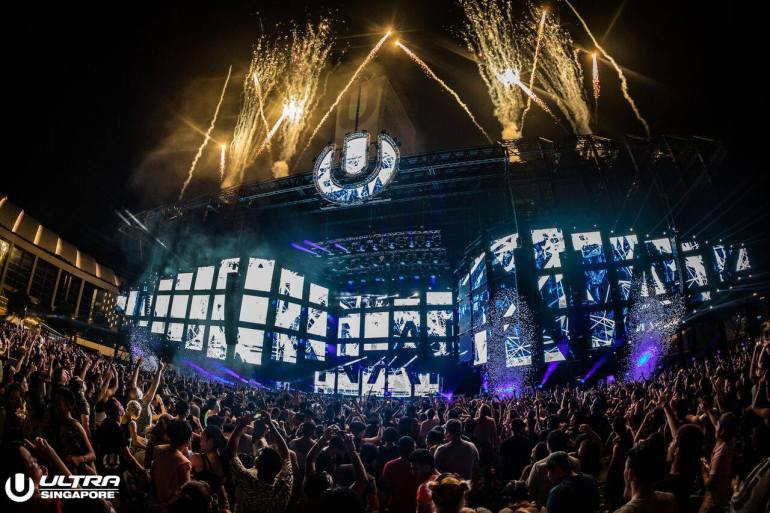 The Asian dance scene is getting bigger and bigger every year. The number of festivals and venue are growing exponentially with massive lineups and incredible guests. Ultra Music Festival has 9 festival in regions and each one featuring incredible productions and lineups.

This year, Ultra Music Festival Singapore has decided to raise the bar with an extraordinary lineup. Today the festival has announced the phase 2 with 22 international acts. Starting from the headliners Ultra Singapore will welcome Axtone’s boss Axwell for a solo set(he played during the 2016 edition as well), Jamie Jones, Knife Party, #1 DJ in the world Martin Garrix, the return of Porter Robinson behind the decks and Skrillex. 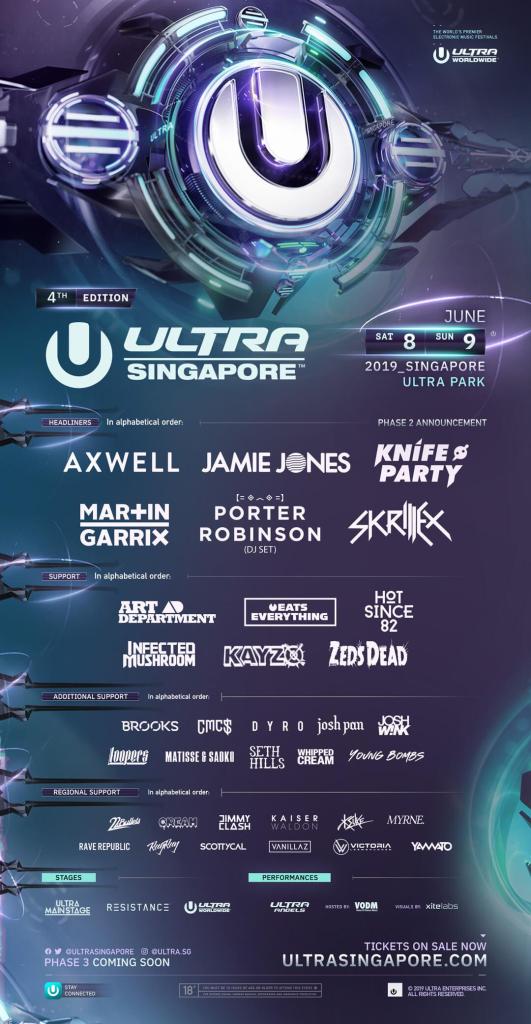 With a lot of members of STMPD roster, a label stage at the festival may be an option.

Like the other Ultra editions, RESISTANCE will be at Ultra Singapore for a special showcase of the best underground artists.

Ultra Singapore 2019 will run the 8th and 9th of June at the Ultra Park. Tickets are still available via Ultra Official website. Ultra suggests to NOT BUY tickets from third-party resellers to avoid any problems at the gate. Tickets start at SGD 238 for GA 2-DAY up to SGD 268 for PGA 2-DAY.

2019 will be the fifth edition for Ultra Singapore. Over the years the festival has been moved from September to June. 45.000 people attended the first edition of Ultra Singapore with numbers on the rise for the following years.