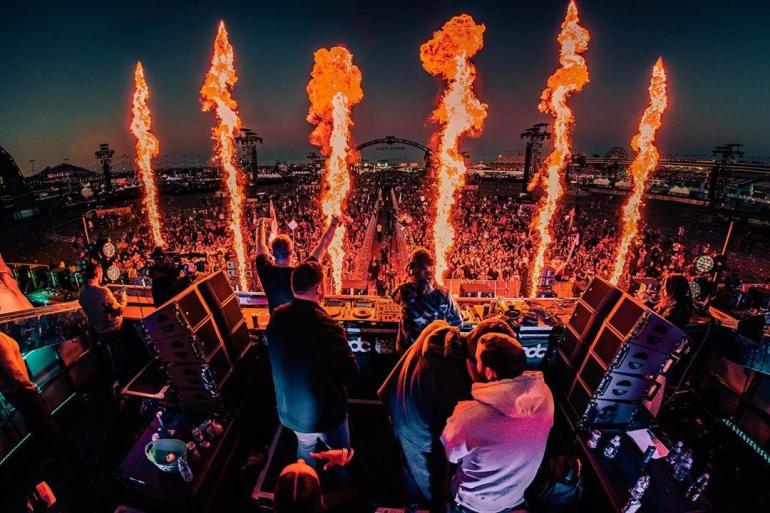 Surely two of the most in-demand duo at the moment, Camelphat and Gorgon City have joined forces for another b2b. The two duos have already played together on the same stage at Coachella this year; fans and crowd reacted 100% positive to the joint performance that they’ve repeated the show at EDC Las Vegas.

The show, which has been fully live-streamed, starts with Breathe in the Intro edit rapidly followed by the brand new ARTBAT remix of Return To Oz. It’s from this moment Camelphat started playing some brand new music. First a vocal track with Jem Cooke and then at 19:10 a brand new ID – ID. This first series of unreleased tune ends with Dirty Vegas Days Go By ID Remix.

Around the 48th minute, Camelphat played one of their most-watched and awaited unreleased: the legendary Be Someone ft. Jake Bugg. The track is preceded and followed by two unreleased records.

Besides all these IDs and unreleased music, Camelphat and Gorgon City have also played a lot of classics. From Cola to Real, the two duos have covered the past, presents, and future.

Camelphat and Gorgon City have played at the kineticFIELD, bringing on the stage live performances too.

On top of this article, you can find the full video recordings of EDC Las Vegas live stream. Below, instead, you can listen one by one all the IDs played by both Camelphat and Gorgon City. A must listen is, once again, is CamelPhat & Jake Bugg Be Someone, now finally available in decent quality.