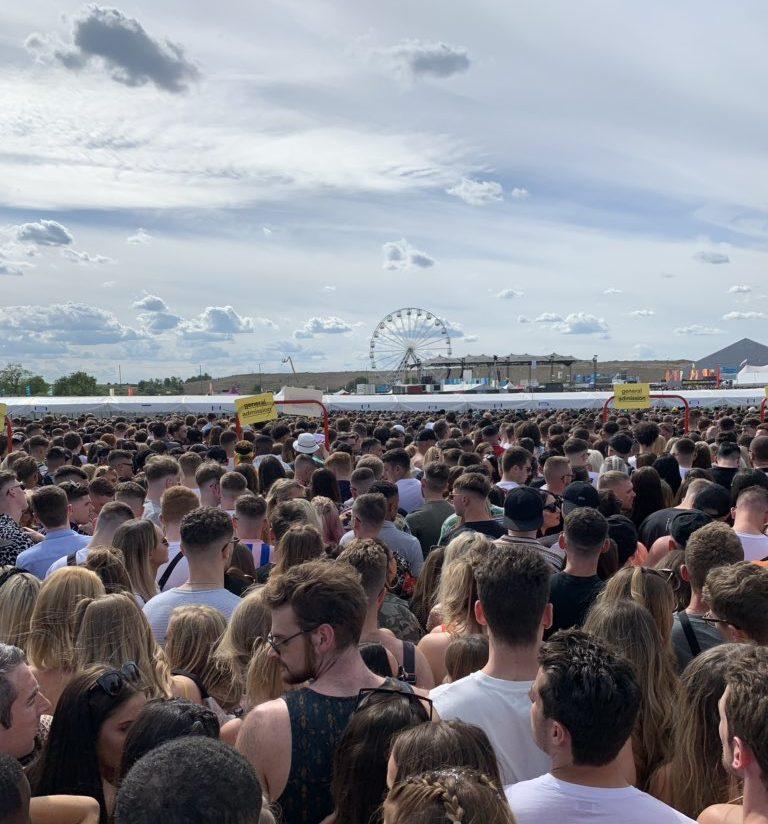 We Are FSTVL faced huge problems at the festival’s gates

We Are FSTVL experienced a huge issue in managing the queues at the entrance resulting in multiple hours of waiting, rushing through the gates and people injured.

The festival took over this weekend in East London with a lineup packed of big names such as Camephat and more. Because the festival was cashless, attendees had to retire a contactless wristband at the gate to be able to buy anything inside the festival ground.

According to people in the crowd, the festival run out of wristband creating an insane amount of people stranded at festival gates. The festival organization did nothing to improve the situation.

Multiple cases of people collapsing and throwing up have been reported.

We were in the queue, four people had collapsed around us, people were throwing up and shouting for medics, all the staff were doing was throwing water bottles into the crowd of people. – Renardo Henry, 21

Nor support and/or help was provided by the festival’s staff expect by throwing water bottles on the crowd after hours of waiting to result in people getting hit by the bottles themselves.

The crowd rushed to the gate with staff losing their feet and fencing being knocked down.


Lewis Mitchell, 26, shared images of his legs cut and bruised after he was hurt in the crush.

“As we were about five [people] from the front to be searched, a huge push from the back caused everyone to cause a stampede, I tried to help a girl on the floor and ended up being pushed into a wooden table then stomped on all over leading to these injuries.”

“All I could see was a crowd of people treading on my legs.”

Oh @wearefstvl we absolutely love to see it???????? my first and last mate lol #WEAREFSTVL pic.twitter.com/WSyjqIz39x

Officers reached the location alongside London ambulance service. At the moment, no serious injuries have been reported.

We Are FSTVL social media team has been reported to delete criticism comments under photos on Instagram.

We apologise for the delay in getting in, but can assure you we are doing this as fast and safely as possible.

The gates are meant to close at 4pm, but will be keeping the gates open until everyone is let in ???? #WeAre2019