We Belong Here, the boutique festival in the heart of Miami have announced an extended 3 hour sets from Kaskade and Lane 8 adding on the lineup James Hype, Gioli & Assia, Yotto, Themba 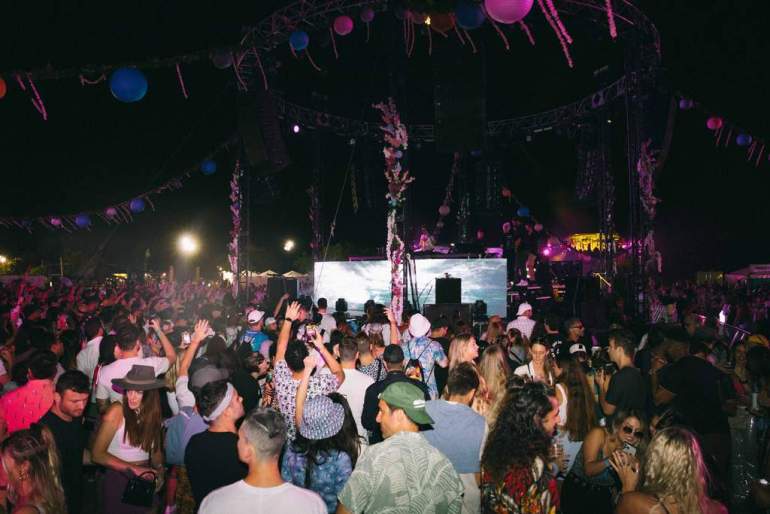 Not only is the breathtaking location one of the stars of the cultured and classy Common Ground Presents: We Belong Here, but so too is the sophisticated production and attention to detail across the site. The first-ever 360 Experience is a special round stage that places you in the center of the musical action, surrounded by sound, and near to other like-minded music fans.

Additionally, there are lavish amenities available to everyone, like lounge seating, trailer-style bathrooms, huge wetlands, and panoramic views of the bay and the Atlantic, which enhance the festival’s overall beauty and mood.

We Belong Here focuses on spreading a happy, uplifting, and feel-good feeling, and the line-up, which spans the house and techno spectrum but is diverse in terms of genre but melody-focused, reflects this. Themba, the South African king of Afro house and a master of spine-tingling house lines up to represent the genre he has taken onto the world stage, while artful Italian pair Gioli & Assia make a debut Miami performance having become viral sensations with over 1 million YouTube followers.

After a year of huge records, Francis Mercier, the creator of Deep Root Records, will make a triumphant return to the main stage. There will also be a special b2b set from Miami’s own Calussa and Malone, co-founders of one of the world’s hottest Afro-House labels, Hurry Up Slowly.

James Hype, who was just chosen as the Beatport artist of the year, will entertain fans to a special DJ set as Kaskade performs a special 3-hour Redux set in which he will cover everything from deep house to classic house.


Lane 8 will play a sure-to-be stunning 3-hour sunset set with more from Chapter & Verse, Yotto, Luke Alexander, Bryan Softwell, and Lucky Rose. Along with the beach stage’s return, a brand-new third stage will be added, with over 40 additional performers still to be revealed.

We Belong Here is anticipating becoming the A-list afterparty of the culinary world since it will take place the same weekend as the famed South Beach Food & Wine Festival in 2023. As such Smorgasburg will be launching a first-of-its-kind festival pop-up with a 15+ vendor immersive food experience right on the beach and you can also look forward to the world’s largest outdoor food market.

Starting in New York, it has expanded to a few major locations, including Wynwood, Miami, where its recent popularity has exploded. It has a distinguished reputation for serving the best quality and most inventive cuisine.

There are numerous and diverse lodging alternatives, including hotels, villas, and even yacht charters, all made available through a collaboration with Miami-based travel technology startup CrewFare.

We Belong, presented by Common Ground Here is now fast approaching so make sure you get your tickets before they sell out.

We Belong Here’s proudly independent crew has marketed events in prestigious clubs throughout New York City, The Hamptons, and Miami in the past and with a variety of businesses. They debuted We Belong Here on Halloween 2021 with a takeover of the first-ever New York Stock Exchange (now Cipriani Wall Street), featuring MEDUZA as the headlining act. They live by the motto “by the people, for the people.” Following the huge success of the 2022 one-day festival, which featured artists like Nora En Pure, Purple Disco Machine, and Don Diablo, a 2023 expansion in collaboration with Common Ground Presents was planned.