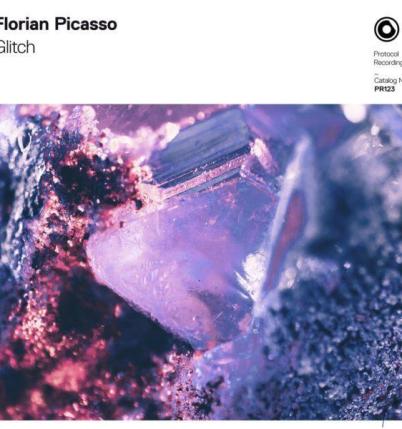 Vietnamese-French DJ and producer, Florian Picasso, is back on Nicky Romero‘s imprint Protocol with ‘Glitch’.

As the track name suggests, ‘Glitch’ is inspired but the digital phenomenon of the glitch, a short and sudden spike caused by an unpredictable error. Kicking off with a wide and clean electronic bassline, ‘Glitch’ rapidly jumps into the breakdown where you can clearly hear the glitch-inspired sound. The synths loop teasingly as the FX thrusts the track upwards, with the full beauty of the track unleashed at the drop. Its classily stated euphoria blends perfectly with its driving groove making ‘Glitch’ a piece of dancefloor magic.

In the last eight months or so, Florian Picasso has kept a low-profile. Spending most of the time in the studio, he can now proudly presents his immense new comeback anthem. ‘Glitch’ is a fierce sonic journey with mind-warping synths that undulate over brooding bass and tight beats.

‘Glitch’ has already received great support worldwide; Don Diablo premiered it last week and, Nicky Romero and David Guetta have featured it on their radio show. The track is not the first Florian Picasso release on Protocol; he landed back in 2015 with ‘Origami’, that is also considered is turning point record. Florian has also collaborated with Nicky Romero for ‘Only For Your Love’ last January always on Protocol. He was also on the Protocol ADE line-up in 2017 during the label showcase.

Florian Picasso is one of that multi-talented artists you should have on your watch list. He can space from mainstream sounds to more underground ones keeping a fresh style, as ‘Glitch’ shows.