Folamour presents title track and tracklist for album ‘The Journey’

"I composed this album in metropolises and no man's land, inspired by moments that marked me, changed me, feelings that I could carry strong within me, trials and surprises." 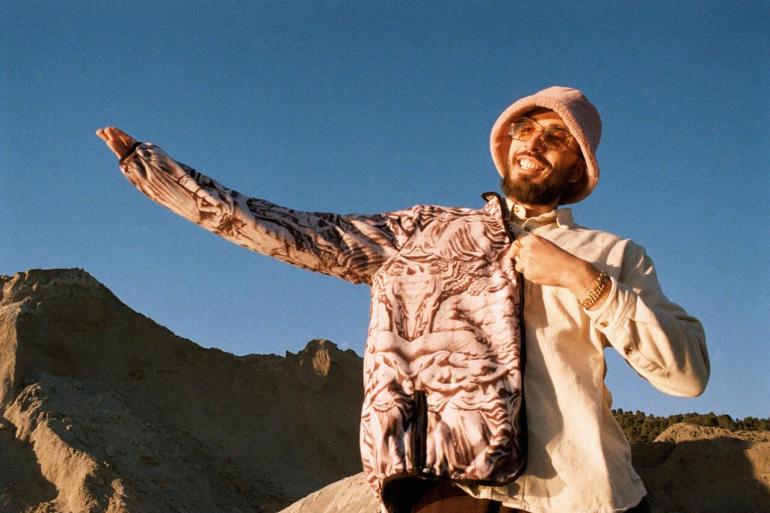 Following on from the release of Just Want Happiness earlier this year, Folamour is back with The Journey Ft. Zeke Manyika ahead of his upcoming album.

Featuring Zimbabwean vocalist, Zeke Manyika, The Journey also acts as the title track for his third album, which is slated for release in the second half of June. As well as the release of The Journey, Folamour has also revealed the LP’s tracklist, including collaborations with the likes of SG Lewis, Tertia May, as well his own solo productions. You can see The Journey’s full tracklist and artwork below:

I composed this album in metropolises and no man’s land, inspired by moments that marked me, changed me, feelings that I could carry strong within me, trials and surprises. To express all these emotions, I deeply changed my way of composing, a change that I had already started with my second album “Ordinary Drugs”, putting aside samples and computers and concentrating on writing texts, recording strings and brass, drums, voice too, in order to be as close as possible to the moment I wanted to represent. I set no limits on format or genre, allowing me the freedom to choose the right tool for the picture.


As well as being able to bring pure sunshine music in his shows – in which he topped over 130 dates in 2019 alone – Folamour’s previous productions have also reached crazy heights with their millions of streams. His first album Umani welcomed his disco grooves to the world, whilst Ordinary Drugs continued to build his loyal fan base back in 2019.

DEE debuts on Nervous with ‘Disco Lights / Follow Me’

Today, he boasts releases on a fine array of labels such as All City, Classic, Church, Glitterbox, as well as his own hotly-tipped FHUO Records. And, has continued to masterfully orchestrate sets, even during a pandemic, including on popular Boiler Room, a re-visit to Defected’s Virtual House Party, Folamour presents Love To The World Session #1, and not forgetting his New Year Eve performance in the mountains for Polaris x Verbier.

Now returning to his own label FHUO for the release of the second and eponymous track from his album with The Journey, Folamour taps back into his disco-inspired roots with the help of Zeke Manyika. Having been a fan of Orange Juice, a Scottish post-punk band from the ’80s in which Zeke was a drummer, Folamour welcomed his Shona vocals to the track. Coupling this with Folamour’s funky synth structures and rhythmic drumming, The Journey and its accompanying music video is an ode to Manyika’s heritage, exploring departure, fear, doubts, hope, and arrival in the form of feel-good music.

Folamour – The Journey Ft. Zeke Manyika is out 19th March via FHUO Records; check here or below.