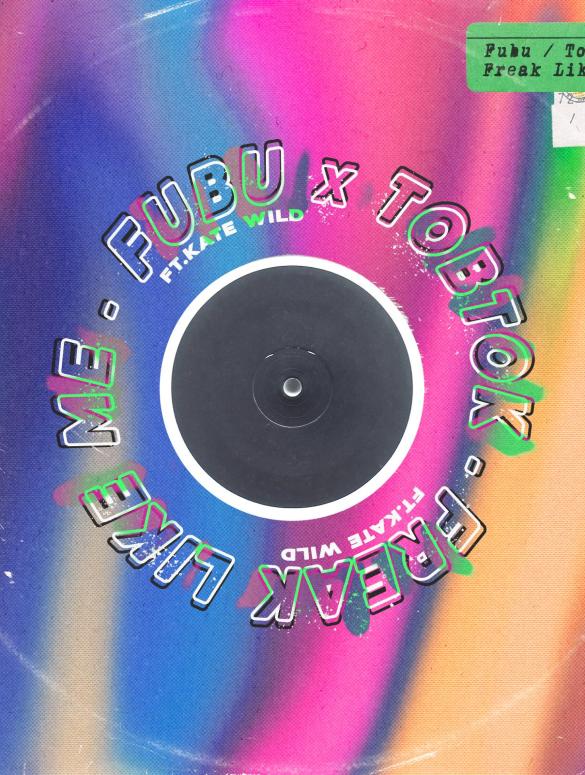 Perfect Havoc are excited to welcome Dundee based DJ/Producer FUBU who teams up with Sweden’s next-gen house producer, Tobtok, for their new release ‘Freak Like Me’ featuring UK singer and songwriter Kate Wild. Landing 1st May, Freak Like Me is an up-tempo, modern club rendition of Adina Howard’s 1995 classic, with a big piano house feel. The original spent two weeks at #2 of the Billboard Top 100 chart and four weeks at #2 of the Billboard Hot R&B Singles chart, defining this record as a future classic that would go on to be re-made, time and again. With the contemporary house edge given to it by producers, FUBU and Tobtok, it’s looking like a new classic is in the making.

Scottish DJ/Producer FUBU broke into the mainstream in 2019 with his huge reworking of the classic ‘Oh Ohhh’ which saw great support on BBC R1, Kiss FM, Capital FM, and many others. FUBU’s sound is firmly rooted in uplifting house music with plenty of energy and great vocals. He has seen support on previous releases from the likes of Charlie Hedges, Billy Da Kid, Paul Van Dyk, EDX, Chicane, Sebastien Drums, Sammy Porter, Nathan C, Olly James and many more. Things are only set to get bigger for him as he steps up his release schedule.

27-year-old Tobtok aka Tobias Karlsson, is one of the most talented artists leading the new wave of Swedish electronic music DJ / producers. He has generated over 300 million streams across his music globally with a double-platinum record to his name in Australia with ‘Fast Car’. He’s enjoyed consistent, regular DJ and radio support from the likes of BBC Radio 1, KISS FM, Capital Xtra and more and is in high demand as a remixer and producer for other artists, yet still finds time to DJ around the world at Ushuaia, Creamfields, and The Warehouse Project. Tobtok continues to prove he is a rare, finely tuned talent, evident in his signings to Ministry of Sound, Astralwerks, Toolroom, Hexagon, and Kitsune. Tobtok is ready to a breakthrough in a big way.

UK born artist Kate Wild is a singer, songwriter, and director of the vocal sample label, 91Vocals. Her vocal samples have appeared on countless records by Spinnin, Defected, Monstercat, and Hospital Records for artists such as Breathe Carolina, Jay Hardway, Dannic, and Olly James, making her the silent voice of house and EDM. With recent radio support from Don Diablo, Kryder, Sirius XM, Kiss FM and BBC R1 for her own 2020 release ‘One Night’ with Geses and Simon Skylar, Kate is fast becoming a name to recognize.

‘Freak Like Me’ marks yet another release for Perfect Havoc, also a management and events company. The label has hit over 200 million streams on Spotify, Apple, and YouTube plus a UK Top 10 and Top 5 with Joel Corry, plus its roster of breaking talents such as Karen Harding, Oliver Nelson, Mahalo, and Kokiri. The label A&R’s have an acute ear for both underground and mainstream hits, licensing to labels including Atlantic Records, Columbia Records, RCA, Ministry of Sound, Polydor, Toolroom, Thrive and Astralwerks. Perfect Havoc is also a dab hand in the club world, throwing pop-up parties around the globe in London, Norway, Sweden, LA/San Francisco, Paris, and South Korea.