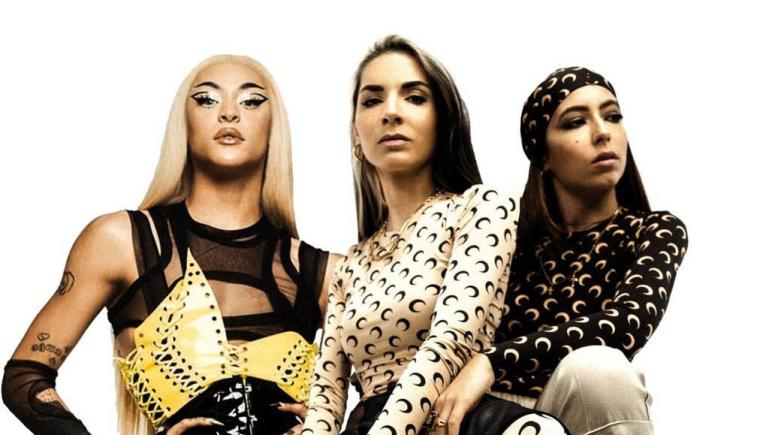 Giolì & Assia, an Italian DJ duo, have collaborated with Brazilian superstar Pabllo Vittar on the evocative new single ‘Quedate,’ which is out now on Ultra Music. Stream and download here.

They continue their trailblazing slew of releases with their iconic collaboration with Brazilian singer/songwriter and drag queen Pabllo Vittar, creating music that transcends not just musical, but also political and cultural boundaries. On ‘Quedate’ Giolì & Assia’s signature, Mediterranean-inspired soundscape provides a sumptuous backdrop, with Assia and Pabllo’s sensual vocals perfectly complementing one another to create an effortless fusion, to create a sublime and chilled musical offering.

Giolì & Assia, one of the world’s most sought-after DJ duos, have amassed legions of fans around the world thanks to their exquisite sound and jaw-dropping live performances. The girls are finally heading to the United States for their much-anticipated North American tour now that the world has opened up once more. The 17-city tour will kick off on November 17th in Montreal and will take the couple across the United States, including already sold-out shows in Toronto, Quebec, New York, Denver, San Francisco, and three nights in Los Angeles. Not forgetting their European fans, Giolì & Assia have just announced their Tour dates for Spring 2022, with the girls set to play a run of headline shows across Europe next year. Something special is also rumored to be in the works for Latin American fans.

Brazilian drag queen Pabllo Vittar has achieved a phenomenal and ground-breaking rise to international superstardom, winning Best Brazilian Act at the 2019 and 2020 MTV EMAs (and nominated again for the upcoming 2021 awards). Pabllo has become a true icon and inspiration to the LGBTQ+ community in the face of much adversity in her home country, continuing to promote queer visibility through her music. The globally adored star has racked up millions of fans around the world, with her music now being streamed in the billions.